RALEIGH – The North Carolina Sports Hall of Fame has inducted eight outstanding sports figures from the Old North State for 2017.

The eight newest members, to include a local man, were enshrined during the 54th annual induction ceremony in the Raleigh Convention Center on Friday, May 5.

The NC Sports Hall of Fame, with 328 members, was established in 1963 and is located at the NC Museum of History.

A brief biography of each 2017 inductee follows:

GLENN BASS: With all-star football and baseball honors at East Carolina University, Glenn Bass was an all-conference and all-NAIA district football selection in 1959 and 1960 and a third-team NAIA All-American in 1960, despite missing much of the season with injuries. A 100- 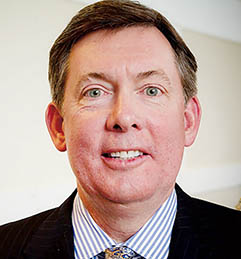 Ben Sutton, formerly of Murfreesboro and a graduate of Ridgecroft School, was among the Class of 2017 inductees into the North Carolina Sports Hall of Fame.

yard kickoff return that year is still a school record. In 1961 Bass won all-conference honors in baseball, but he signed with the San Diego Chargers after leaving Greenville. Traded to Buffalo, he caught 50 passes as a rookie for the Bills in 1961 and was named team MVP. In 1964 and 1965, he was a member of Buffalo’s AFL championship teams. He played five years there before being traded to Houston for his final two seasons. The Wilson native studied for the ministry following his football career.

DWIGHT DURANTE: After playing at West Charlotte High School, the 5’-8” Dwight Durante averaged 29.4 points a game in his career at Catawba College, where he also holds records for most career points, as well as most points in a game (58) and highest single season scoring average (32.1). Durante was the third of three—including Henry Logan and Gene Littles—highly talented African American players in the Carolinas Conference of that era. After touring for a time with the Harlem Globetrotters, Durante became a teacher in Fayetteville. He now lives in Charlotte.

MIKE FOX: After lettering for three-years, 1976–1978, on second base for the University of North Carolina–Chapel Hill baseball team, Asheville native Mike Fox returned to become architect of his alma mater’s most successful period in its baseball history. During his first 18 years as coach at Carolina, Fox led the Tar Heels to six trips to the College World Series, where UNC twice finished as runner-up. In addition, his teams have advanced to the NCAA tournament 15 times. He was Baseball America’s Coach of the Year in 2008 and was the American Baseball Coaches Association Atlantic Region Coach of the Year three seasons in a row. Including his years at North Carolina Wesleyan (1983–1998), Fox has, to date, compiled a W-L-T record of 1,336-487-5.

CHASITY MELVIN: Roseboro native Chasity Melvin was named to the ACC Women’s Basketball Legends team in 2011—and for good cause. To start, she was ACC Rookie of the Year in 1995 and, while a star at NC State, became a two-time all-ACC selection, a Kodak All-American, and in 1998 was MVP of the NCAA Eastern Regional and a member of the all-NCAA Final Four team. In addition to having her jersey retired at NC State, she also holds the school’s Kennett Award, as top female student athlete for 1998; continues to be number 1 freshman scorer for the Wolfpack; is third on the school’s all-time scoring percentage list; and remains fourth in both career rebounds and career points scored, with 2,042. Since 1999, Melvin has competed in the WNBA, for the Cleveland Rockers, the Washington Mystics, and the Chicago Sky, and has played professionally in the American Basketball League and internationally throughout Europe and Asia, winning five championships abroad. Melvin was a member of the ACC’s 50th Anniversary Team and was one of the conference’s top 50 all-time athletes overall. She was inducted into NC State’s Athletic Hall of Fame in 2014.

BEN SUTTON: Formerly of Murfreesboro and a graduate of Ridgecroft School, Ben Sutton spent nine years as an athletic administrator at his alma mater, Wake Forest University, then founded ISP Sports in Winston-Salem. Under his leadership, ISP Sports grew into America’s preeminent media and marketing company for college sports. When ISP was acquired in 2010 and became IMG College, Sutton stayed on as chair and president, leading its growth into a nearly billion-dollar enterprise that employed more than 1,000 people and worked with more than 200 university partners nationwide. He now serves as trustee for Wake Forest University, the United States Olympic Committee, the Ronald Reagan Presidential Foundation, the Naismith Basketball Foundation, the National Football Foundation, and the United States Olympic and Paralympic Committee Foundation.

CAULTON TUDOR: A sportswriter/columnist with the Raleigh Times and the Raleigh News & Observer for almost 40 years, Caulton Tudor covered 35 ACC basketball tournaments and 24 NCAA Final Fours; 22 college football bowl games; the 1996 Olympics; six years of NFL playoffs; four years of NHL playoffs; and one College World Series. Tudor has served on the Heisman Trophy selection panel since 1974. He was inducted into the US Basketball Writers Association Hall of Fame in 1999 and has been named NC sportswriter of the year three times. The Angier native attended East Carolina University.

STEVE VACENDAK: A key player on two of Duke University’s Final Four teams of the 1960s, Steve Vacendak “could play in any era for any team,” according to his coach, Vic Bubas. During the 1965-66, season, Vacendak averaged 13.3 points a game on a Blue Devil team that included Bob Verga, Jack Marin, and Mike Lewis. Vacendak became a second-team all-ACC pick that year, but when he led Duke to the ACC Tournament title and took MVP honors, he was also voted ACC Player of the Year. He played three seasons in the American Basketball Association, then began a varied career that included service as assistant athletic director at Duke and basketball coach at Winthrop University. For the last several years, Vacendak has been director of North Carolina Beautiful.

STEPHANIE WHEELER: Even after a car accident made Stephanie Wheeler a paraplegic at age six, she never stopped playing sports. A native of Norlina (Warren County), Wheeler graduated from the University of Illinois–Urbana-Champaign with a bachelor’s degree in kinesiology and was a member of that school’s national championship wheelchair basketball team. She is now head coach of the team at Illinois and is working on a doctorate in adapted physical education. Wheeler’s major court achievements include playing in the 2009 national championship and being voted tournament MVP; being a gold medalist in the Paralympic Games in Beijing, China; taking first place in the 2008 North American Cup, first place in the 2008 Joseph F. Lyttle World Basketball Challenge tournament, and MVP at the Osaka Cup, Osaka, Japan; winning gold medal in the 2007 Parapan American Games, silver in the IWBF Gold Cup Games in Amsterdam, Netherlands, and in Kitakyushu, Japan, and gold at the 2003 Paralympic Games in Athens, Greece; as well as being voted MVP in the Woman’s National Championship Tournament in 2003.