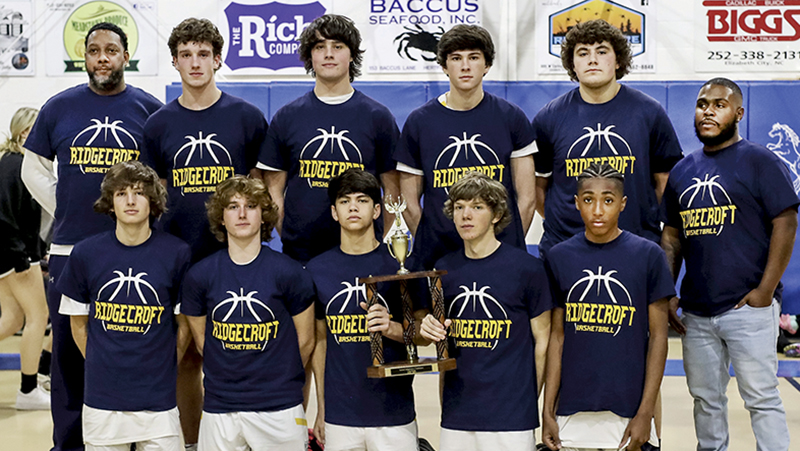 That win polished off a 20-1 season for the Rams, the best in school history. It also avenged their lone loss of the season, a 78-72 setback at Pungo on Jan. 20. 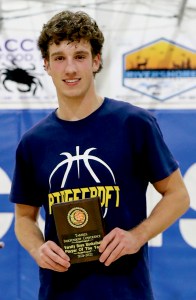 Caleb Porter was named as the TIC Tournament MVP after scoring a combined 45 points and grabbing 31 rebounds in two games to help Ridgecroft win the title. Photo by William Anthony

Ridgecroft will now set its sights on the North Carolina Independent Schools Athletic Association’s state 1-A tournament that begins this week. Ridgecroft is seeded fifth in the 16-team tourney and received an opening round bye. They are scheduled to host the winner of the Terra Ceia / Halifax Academy game on Thursday, Feb. 17. A win there would advance the Rams to the state quarterfinals on Saturday, Feb. 19 at third seeded Crossroads Christian School of Henderson.

But before they could focus on the state tournament, the Rams had to first deal with Pungo.

The Raiders led 47-45 heading into the fourth quarter before the Rams rallied down stretch. Ridgecroft outscored Pungo, 19-11, in the final period to earn the tournament championship.