The Ridgecroft School varsity tennis team battled with Faith Christian School and came out with a 6-3 victory here Thursday. 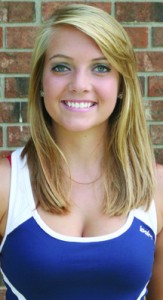 The Lady Rams won four singles matchups and a pair of doubles’ contests to improve to 4-1 early this season.

Alex Riddick, the number two seed for the Rams, followed with a win over Kristin Watson by identical counts of 6-3.

Third-seeded Katie Futrell also secured a win for the Lady Rams as she defeated Samantha Gurganus 6-3 and 6-3. Fourth seed Miller Bryant got the final victory in singles competition when she stopped Catherine Cherry 6-1 and 6-0.

Bowman and Riddick secured a win in the top-ranked doubles competition as they beat Hall and Watson 8-4.

Futrell and Bryant followed with an 8-2 win over Gurganus and Cherry.

In the third-seeded contest, Knight and Catt edged Daniels and Quattlebaum by a final of 9-7.

The win boosted Ridgecroft to 4-1 as they head into today’s (Tuesday) contest at Gates County High School.