GREENVILLE – A local man was among two individuals arrested here Thursday for a series of crimes this week. 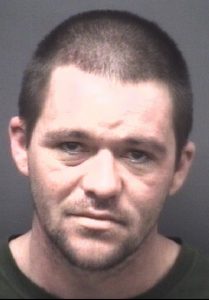 According to Greenville Police Public Information Officer Kristen Hunter, at approximately 1:30 p.m. on Thursday (Feb. 1), Greenville Police officers responded to the parking lot of Ulta Beauty, located at 3140 Evans Street, for the report of a robbery. There, the female victim said the suspect implied he had a weapon and stole her purse.

A short time later, Hunter said officers spotted the suspect’s vehicle pulling into the Speedway located at the corner of Memorial Drive and Country Club Drive. Three people inside the vehicle were detained for questioning. Interviews conducted at the police department resulted in the arrest of two of those individuals.

Hunter stated that in addition to the robbery at Ulta, Greenville PD officers have also been able to link Pope and Powell to an attempted robbery earlier Thursday morning in the parking lot of the Walgreens located at 671 S. Memorial Drive. Officers also recovered evidence to link the two individuals to a robbery Wednesday afternoon in the parking lot of McDonalds, located at 1300 W. Arlington Boulevard, and a vehicle break-in on Lindsay Drive. Additional charges are forthcoming.

No one was injured in any of the incidents.

Pope has a local arrest record. On Feb. 11 of last year he was arrested in Hertford County for misdemeanor breaking and entering.

He was convicted of that crime on Oct. 13 and given a suspended sentence with 12 months probation. That means he was still serving probation during the time period of his alleged crime spree in Greenville this week.