CONWAY – For the second time in less than two weeks, local law enforcement officers have discovered a methamphetamine operation.

Northampton Sheriff Jack Smith said 47-year-old Rachel Dawn Odell was arrested at her Pine Street home after DEDTF agents discovered what appeared to be meth precursors laying around inside and outside the residence.

Precursor consists of items used in the manufacture of meth. 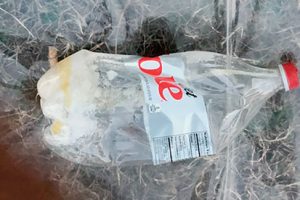 Methamphetamine discovered at a Conway residence is shown here inside a soft drink bottle.

Agents secured the residence and applied for a search warrant. After that search warrant was issued, the North Carolina State Bureau of Investigation Clandestine Lab Team responded to remove the hazardous material from the residence.

Odell was jailed under a $ 30,000 secured bond and is scheduled for a court appearance later this month.

Sheriff Smith stated he is proud of the results he is seeing from the Down East Drug Task Force since it was formed in late 2016. He also commended his agents and other members of the Down East Drug Task Force for working hard on combating illegal narcotics in Hertford, Northampton and Bertie counties. He thanked the North Carolina State Bureau of Investigation along with the Northampton, Hertford, and Bertie County law enforcement officers assisting in this case.

“My office and the Down East Drug Task Force will continue to follow up on all drug complaints throughout Northampton County,” Smith said. 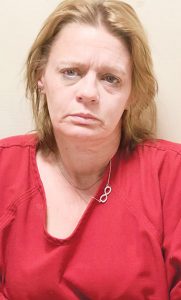 Wednesday’s arrest comes on the heels of a Jan. 11 case where a trio of Pendleton residents were arrested for their alleged roles in operating a meth lab.

Lawrence Grant, age 46, Linda Tomlin, 34, and Cody Beaumont, 24 – all residents of 218 Pineridge Lane in Pendleton, an area located off Vaughan’s Creek Road, were charged in that case for felony manufacture methamphetamine, felony possession with intent to manufacture precursor, and felony maintain dwelling.

RALEIGH – One of the final hurdles was cleared here yesterday (Friday) for the permitting process of the highly debated... read more