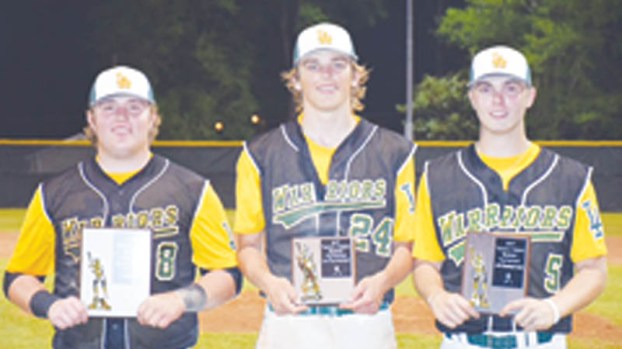 TARBORO – Lawrence Academy used a seven-run fifth inning explosion to wash away any hopes of a home-team comeback and claimed their second straight Tarboro Baseball Classic title here Friday afternoon by a 17-7 score.

The Warriors win came in between rain storms and was their 17th of the year against no defeats.

DaQuan Wilson drove in four on two hits and a walk to lead the Warriors at the dish, while Jarrett Harrell got the win on the mound.

“Last year’s victory was sweet,” said head coach Jason Wynne. “This year actually seemed even sweeter as we have a much younger team and all the guys stepped up to contribute in some way. One of our goals was to repeat as Tarboro Classic champions since no Lawrence team had ever done that.  Let’s hope we just keep making history.” 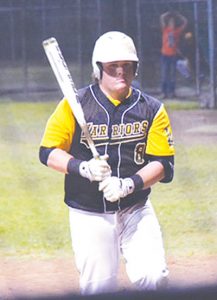 Lawrence opened the scoring in the top of the first inning when Slade Cowan smacked a two-out, two-run home run over the fence in left-centerfield for a 2-0 Warriors edge.

Four more runs came in the top of the second when Wood Trowell reached on a fielder’s choice, Joe ‘Cheese’ White walked, and Nixon Rascoe was hit by a pitch to load the bases. Wilson then doubled down the third base line scoring Trowell and White. Austin Wynne followed with a single to score Rascoe and Wilson scored on a fielder’s choice. It was 6-0, Warriors.

Tarboro came back to make it a game in the bottom of the third when they plated five runs thanks to a pair of doubles, a triple, and a ground out to move within one at 6-5, Lawrence.

In the big-inning fifth, Cowan singled and Harrell walked and both were sacrificed into scoring position. After another out, Tarboro looked like they might get out of it, but White was walked to load the bases, and Cowan scored on an error. Wilson and Wynne got back-to-back walks; good for a pair of RBI’s, before Miller Trowell doubled to left field and cleared the bases.

Cowan then got his second base hit of the inning moving Trowell to third, where he later scored on an error with the seventh run of the inning and staking his team to a 13-5 lead.

Tarboro got a couple more in the bottom of the sixth before Lawrence scored their final four runs. The Warriors opened with three singles, one runner erased on a fielder’s choice. A walk then loaded the bases before Wilson collected his final RBI when he was hit by a pitch. A walk and a single moved Wilson to third and he scored the game’s 17th run for his team’s 17th win on a walk issued to Cowan.

The rains then washed out the bottom of the inning and the Warriors had posted their second Tarboro crown in eight years (2010).

Lawrence had a dozen hits in the game. Cowan was 3-for-4, while, Wilson, Charles Atkins, and Miller Trowell each collected two hits each.

“There are three goals we set to start this season,” said Coach Wynne. “First, win the Tarboro Easter Classic; second, win the conference tournament; and, third, win the state title.  Lawrence has won the TIC regular season for 22 years in a row; we can’t stop now.”