The group also announced the hiring of an interim town manager when they voted to contract with Hal Mason of Garner, a retiree with longtime service in municipal government in both North and South Carolina. Mason has also worked in the private sector as a consultant, and as a Community Planner in North Carolina and Tennessee.

“He’s been vetted by the North Carolina League of Municipalities,” said Mayor Jimmie Rowe. “He’ll be coming in next week.”

Rowe added that Mason will not be working full-time, rather on a part-time, interim, basis. 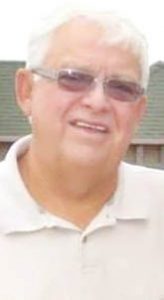 “He’s got about 40 years experience in town government,” added Rowe. “He acted as Town Manager recently at Knightdale (in Wake County). He hasn’t been fully employed for a number of years because he’s retired. He comes to us from the League of Municipalities. When he comes, we hope to have a luncheon with him and introduce him to everybody.”

Rowe reiterated Mason’s retirement from full-time civic duty and said his work in Ahoskie will be strictly interim. He will work about 10 or more hours a week and be paid $50/hour by the town.

“All he’s going to be is a fill-in until we do hire someone,” Rowe added. “We have ads out and hopefully somebody’s going to come in. Certainly, we’d prefer someone local if they qualify, but if not we’re willing to work with whomever we name if they have the qualifications.”

Mason, meanwhile, has a BA in Economics from UNC-Asheville, and received his Master of Urban Affairs (MUA) from Virginia Tech. He also holds a certificate in Economic Development from the University of Oklahoma. He also holds life memberships in the International City/County Management Association (ICMA); the American Institute of Certified Planners (AICP), and Community Economic Development (CED). Mason has also been a leader in the National Main Street Program.

As for Hammond, despite his retirement, he is believed to be seeking to be hired on locally if possible, still within city administration.

Originally he stated he wished to remain in the Ahoskie Town Manager’s post until May. He then amended that to say he would serve until an interim could be found. Wednesday’s request for termination of duties ends a 13-year career of service to the town.

“The League of Municipalities will still continue to work with us until we find someone,” said Mayor Pro Tempore Rev. C. David Stackhouse. “They will send us candidates and then we’ll narrow it down and have those we select to come in for interviews.”

Stackhouse said the Town Council did not forsee a long process in making the replacement selection.