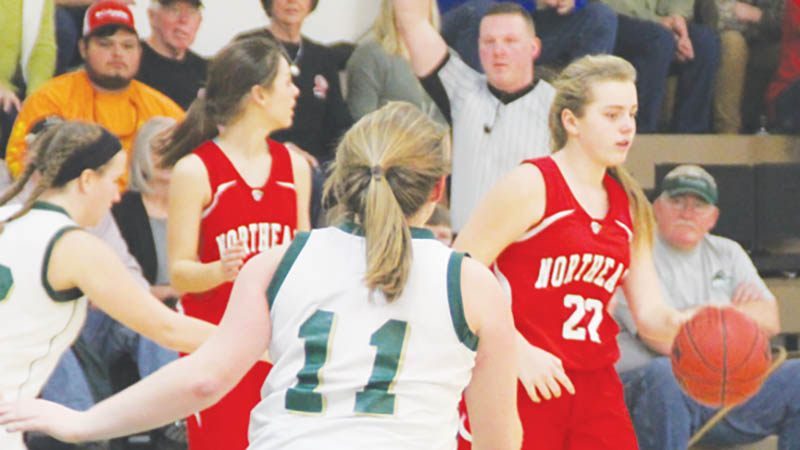 PANTEGO – During a 12-point second quarter where they were able to capitalize on their opponent’s foul trouble, Northeast Academy’s girls junior varsity team used that effort to help them score a 25-24 win over Lawrence Academy here Saturday afternoon.

Lawrence came in as the top-seed and had played just one tournament game, while Northeast had to beat Hobgood Friday night to make the championship.

“These last two games haven’t been our prettiest games, but we’ve survived, and that’s what it’s all about at this time of year,” said NEA coach Joella Brown.

Lawrence used a quick pace early and a zone defense to establish an 8-6 lead after the first quarter.  However, in the next six minutes, the Lady Warriors were plagued with foul trouble and had to slow the pace considerably.  Northeast took advantage as their perimeter shots began to fall.  It allowed the Lady Eagles to take an 18-16 lead at halftime, thanks to a buzzer-beating shot from halfcourt by Jesse Martin.

There wasn’t much scoring (seven points total) in the third quarter as both teams played a little tight.  Lawrence scored four points to Northeast’s three and pulled within a point 21-20 headed to the fourth quarter.

The final frame became a game of keep-away for Northeast.  Each team scored two field goals each (four points) leaving NEA still in the lead late.  That lead proved to be fortuitous as Lawrence missed a chance at a one-and-one to tie and Northeast was then able to hold on and run out the clock

“There were about eight or ten lead changes in a low-scoring game,” said Lawrence Coach Lee Hoffman. “It came down to who had the ball last would have a chance.  Still, I’m proud of my girls.”

“We only had six girls all year,” said Brown, “so we should be in much better shape for next year when they move up to varsity.”