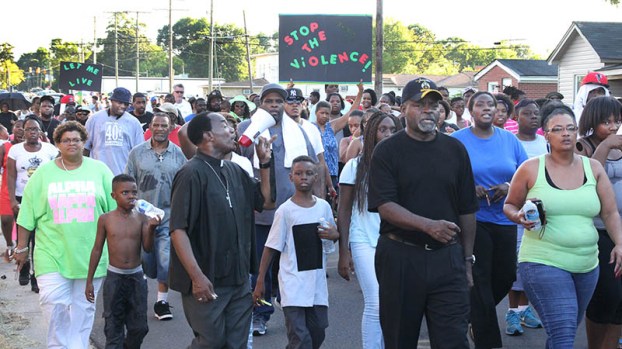 Led by the Rev. C. David Stackhouse (foreground left, with megaphone), 200 individuals took part in a march late Friday afternoon as part of a tribute to murder victim Lakiesha Sutton. 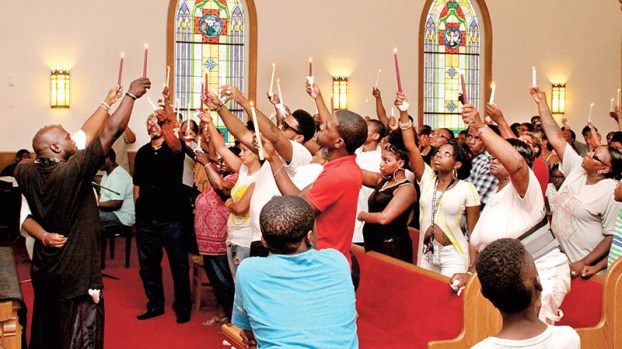 Led by Raymond and Wanda Lee (left), parents of the late Lakiesha Sutton, those gathered inside New Ahoskie Baptist Church on Friday evening lift their candles in memory of Sutton who was murdered at her workplace on Aug. 3. | Staff Photos by Cal Bryant

AHOSKIE – Beating back sweltering heat that felt like 106 degrees, a group of 200 marched 14 city blocks here late Friday afternoon. Some carried signs reading “Stop the Violence” and Let Me Live.” 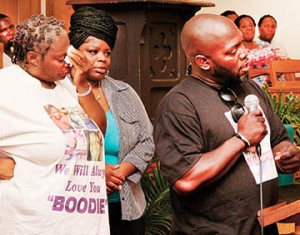 Raymond Lee thanks those assembled for their love and support while his wife, Wanda (left), wipes away the tears.

Sutton, the 23-year-old mother of a three-year-old son, was buried Saturday following a service held in the gym of Hertford County High School.

“We’re here to let the Holy Ghost take charge,” said the Rev. C. David Stackhouse, pastor of New Ahoskie Baptist and the organizer of Friday’s march and candlelight vigil. “We’re here to give strength to this family.” 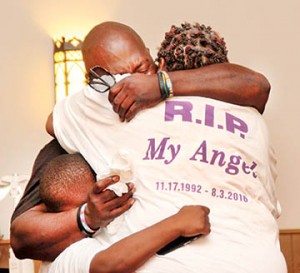 “If you do not have a candle, that’s okay….let the light shine for this family in your heart,” Stackhouse noted.