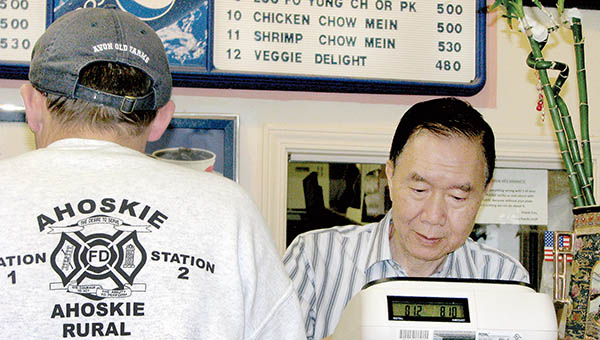 Raymond Ng (right) is shown here ringing up a customer’s order behind the counter of his popular Chinese restaurant located in the Ahoskie Commons Shopping Center. | Staff Photos by Keith Hoggard

Rumors were circulating last week that Little Panda would shut down on New Year’s Day, but Raymond, as most people know him locally, wanted to set the record straight.

He said that Little Panda, the first Chinese restaurant in Ahoskie, would remain open under a new owner that would preserve its unique menu and sauces. 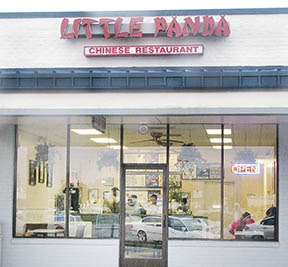 Little Panda is the first Chinese restaurant in Ahoskie, opening in November of 1987.

Raymond said he sold his restaurant, which he first started around Thanksgiving, 1987, to the owner of China Garden in Murfreesboro, with the provision that its unique flavors would still be on the menu.

The very popular local eatery struggled when it first opened, Raymond said, but over the years it has established a very loyal customer base.

Raymond said he will soon be 66 years old and eligible for full Social Security benefits, so he started searching for a buyer who would be a good fit with Little Panda and what his loyal customers have come to expect.

“Everything will stay the same,” Raymond said. “Little Panda is not closing. China Garden is taking over, but they will continue with the food.”

He said he will continue to work with the owners for a couple of months and Little Panda’s employees will remain the same.

“I personally appreciate the support for Little Panda over the past years,” said Raymond. “I hope our customers will continue to support the new owners, too.

“My sincere thanks to the patronage,” he added. “I will miss them.”

Raymond has a home in Virginia Beach and will retire there.

He said of his cuisine that it combines elements of both Northern (milder flavors) and Southern (hot and spicy flavors) Chinese delicacies.

He said that over the years tastes have changed in the Ahoskie area, mandating that his menu evolve with those tastes.

The original menu for Little Panda was just a page long, but now it has doubled in size.

He said people are now more health conscious, so more vegetables have been added to the menu.

Raymond will still be working with Little Panda for the next few weeks, but said when he does finally retire he will miss the people in and around Ahoskie for their many years of loyal patronage and friendship.