JACKSON – A Conway man who was sought in connection with a July 2 shooting just on the outskirts of town is now behind bars. 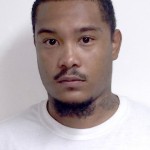 He is being held without the opportunity for bond on the charge of attempted first degree murder. Spencer was also charged with two other felonies – assault with a deadly weapon with intent to kill inflicting serious injury, and discharging a weapon into occupied property inflicting serious bodily injury. Those two charges resulted in a $300,000 secured bond.

The shooting occurred around 3 p.m. on July 2 at the intersection of NC 35 and Deberry Mill Road. The victim in the case was behind the wheel of his vehicle when another car drove up beside him and shot into the driver’s side window.

Northampton Sheriff’s Captain M.D. DeLoatch Sr. said Spencer surrendered due to pressure put on him to give himself up, according to www.rrspin.com, a local news website.

As far as a motive, DeLoatch said of Spencer, “He’s not giving up a whole lot of information.”

Spencer was scheduled to make his initial appearance in Northampton County District Court on Thursday.

At the outset of the investigation into the shooting, DeLoatch said he didn’t believe the case was linked to the murder of Shuntavius Vaughan, a Conway man who was shot and killed on June 26 at Conway Village Apartments. Four men from Conway have since been arrested and charged with Vaughan’s murder.