AHOSKIE – A local man and woman are under arrest after allegedly breaking into an exterior storage area at Dominion North Carolina Power and stealing material valued in excess of $3,200.

Dominique Deshawn Parker, 26, of Boone Farm Road, Ahoskie, and 21-year-old April Lynn Thompson of Ahoskie-Cofield Road, Ahoskie, were arrested in the early morning hours of July 29, less than 20 minutes after an alarm was activated at the Dominion Power office, located at 304 NC 11 North, Ahoskie. 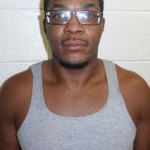 Thompson posted a $10,000 secured bond after being charged with two felonies – possession of stolen property and conspiracy breaking and entering.

Both made their initial appearances in Hertford County District Court on Friday.

According to Hertford County Sheriff Juan Vaughan, his dispatcher received a call shortly past 12:30 a.m. on Wednesday from Dominion Corporate Security in reference to an alarm activated at its office on NC 11.

“That call also referenced a security camera that was showing a person inside a fenced in storage area who was pushing a cart with a spool of wire on it,” Vaughan said.

Upon arrival, HCSO Deputy Carl Conner used a spotlight on his car to search the perimeter of the building and storage area, but was unable to locate anyone. 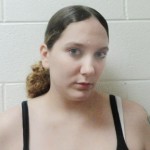 Vaughan said that as Deputy Conner was leaving the premises, he noticed the taillights of a vehicle heading on NC 461 towards Union from near the Saluda Hall Road intersection.

“Deputy Conner went in pursuit of that vehicle and while he was catching up with it, he saw a push cart containing a spool of wire on the shoulder of the road,” Vaughan said. “At that time, (HCSO) Sgt. Issaii Williams was en route and he was advised of the location of the cart and spool of wire by Deputy Conner who was continuing his pursuit of a suspect vehicle.

“As Deputy Conner got closer to the suspect vehicle, he noticed the trunk lid was up and saw a spool of wire inside the trunk,” the Sheriff added.

Conner performed a traffic stop on the vehicle on NC 461 near Sears Road.

“At that time, the passenger, later identified as Mr. Parker, exited the vehicle and started to make his way towards Deputy Conner’s patrol car,” Vaughan stated. “Deputy Conner ordered that individual to drop to the ground, and the man obliged.”

Vaughan added that at that time, Parker allegedly told Conner that, “he (Parker) did it” and that his girlfriend (later identified as Thompson who was driving the vehicle), “had nothing to do with it.”

After the arrival of Sgt. Williams, both suspects were taken into custody. A search of the vehicle, which was seized by HCSO, revealed three other rolls of copper wire in the back seat, and a pair of bolt cutters.

“An employee with Dominion Power was called to the scene and he identified the items we found in the vehicle as the property of his company,” Vaughan said. “Sgt. Williams accompanied that employee back to Dominion Power where they discovered a lock had been cut on the south gate leading into the storage yard.”

Vaughan offered praise for Conner, saying that despite not being able to catch the alleged thieves in the act, he remained observant which led him to spot a vehicle leaving the area from near the Dominion Power office, thus leading to the arrests.