WINTON – Two Ahoskie men are jailed here under a combined $375,000 bond following their arrests for allegedly robbing a local convenience store on June 27. 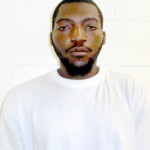 The arrest of Simmons came five days later (July 7). He is jailed under a $150,000 secured bond on felony charges of aid and abet armed robbery, and conspiracy to commit robbery with a dangerous weapon.

Hertford County Sheriff Juan Vaughan said arrests are pending of others possibly involved in the robbery, which was reported by the store clerk at shortly past 9 p.m. on June 27.

“From what we learned from the clerk, two males came in the front door of the business and both had weapons,” said Vaughan. “The taller of the two suspects (later alleged as Asburn) came around the counter, pointed a gun at the clerk and ordered her to give up the money.

“The clerk said that suspect took the cash drawer and a box full of rolled coins that was kept in the area of the counter. Meanwhile, the other suspect (later alleged as Simmons) was looking around the inside of the store to see if there were any customers,” the Sheriff added. 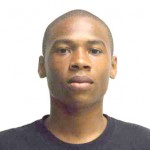 Upon the arrival of Hertford County Sheriff’s Sgt. Chase Oliver and Investigator Tom Helms, they were able to verify what transpired during the robbery from looking at the footage from the store’s surveillance camera. Vaughan said that video showed the two suspects entering the store, walking in from the direction of Ahoskie Body Shop, located adjacent to “Big Daddys.”

“The video showed them exiting the store and walking across highway 42 towards Ahoskie Auto Sales,” Vaughan said.

With the assistance of Ahoskie Police K-9 Officer Clifton Whitby, the trail of the two suspects led to Ahoskie Auto Sales and then to Carlyle Askew Drive, located a short distance away off Early Station Road. It was along that trail where the officers recovered small amounts of cash and coins on the ground.

The next morning, Helms, joined by HCSO Sgt. Leon Eason, returned to Ahoskie Auto Sales to conduct a daylight search. That effort led to the recovery of additional small amounts of coins and cash, located at the corner of the office building of that business.

Based on the eyewitness description of the two suspects and video evidence, arrest warrants were issued for Asburn and Simmons.

“It took us a few days to locate them, but we have the two individuals that allegedly committed this crime locked behind bars,” Vaughan said. “I would like to thank all my officers working this case, to include Captain Will Liverman and Captain Marty Davis. I also appreciate the assistance of the Ahoskie Police Department. Officer Whitby and Sgt. (Justin) Farmer were both quick to respond to the scene and help us in our investigation.”

Vaughan added that upon Asburn’s arrest on July 2, he was also served with warrants from another robbery case.

“As you reported in the News-Herald, Ahoskie Auto Sales was robbed at gunpoint on June 28, just a day after Big Daddys was robbed,” Vaughan stated. “We were able to arrest two individuals (Emanuel Cherry and Kiana Francis, both of NC 42 West, Ahoskie) involved that case less than two hours after that robbery occurred, and had information that led us to believe that Mr. Asburn was actually the suspect who entered Ahoskie Auto and robbed the employee there.”