AHOSKIE – An armed robbery at a business in the Poortown community south of Ahoskie on Monday afternoon resulted in the quick arrest of two suspects while warrants have been drawn on another involved in the crime. 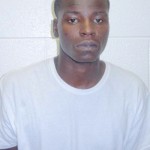 “We got this report at 1:42 p.m. and had deputies on the scene within eight minutes,” said Hertford County Sheriff Juan Vaughan. “The Ahoskie Police also sent officers there very quickly and that allowed us to set up a perimeter around the area.”

The key in locating the suspect vehicle (a white Honda Accord) came in the fact that it was purchased by Francis from Ahoskie Auto Sales on May 29. 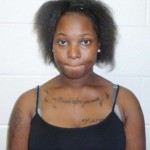 “The victim in this robbery as well as another witness identified the car they saw in the area on Monday as well as having the license plate information,” Vaughan said.

Vaughan added that the victim said he was in the office of the business and had just gotten off the phone when approached by a black male.

“This person pushed the victim over the desk and put a handgun towards his head,” the Sheriff reported. “The man then pushed the victim to the floor and took a zippered bank bag from the victim’s back pocket. That bag contained cash money, checks and a money order.”

The ensuing investigation led HCSO Investigator Dexter Hayes to gain information from another person in the car with Cherry and Francis. That person was not charged.

“We were able to gather that Ms. Cherry had first gone to Ahoskie Auto Sales concerning the insurance on her car,” Vaughan said. “The three then left the business, drove across the road and parked at another business. A short time later, Cherry told Francis to leave that business and stop at the stop sign. At that time another male, who was identified as Gizzle, came running across the road and got in the back seat of the vehicle.”

“We thank the Ahoskie Police for their help in locating the vehicle and two of the suspects involved in this robbery,” Vaughan said.