JACKSON – An Ahoskie man was able to avoid arrest for a short period of time before the “long arm” of the law finally caught up with him.

The Northampton County Sheriff’s Office arrested 23-year-old Duane Boone this week in connection with a crime that occurred last week. 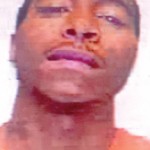 NCSO Captain Mitch Deloatch Sr. said that Boone was arrested in connection with a residential break-in that occurred on Barrett Cabin Road, located off US 158 between Conway and Murfreesboro.

Deputies responded to the residence and discovered a break-in had occurred and the suspect was still on scene. Boone was named a suspect after one the officers on scene recognized him and he fled into the woods. That resulted in law enforcement officers from Northampton, Hertford and Halifax counties converging on the area.

Boone was eventually arrested and charged with felony breaking and entering, and injury to real property. Boone was taken before the magistrate and given a 15,500 secured bond and court date of April 2.

“We encourage the citizens to continue to report any and all suspicious activity in their neighborhoods,” said Northampton Sheriff Jack Smith. “The Sheriff’s Office will continue to investigate and respond to any calls of such activity.