COMO – A private party here Feb. 14 left one man shot, another arrested, and a stern warning issued by Hertford County Sheriff Juan Vaughan to the manager of a community center. 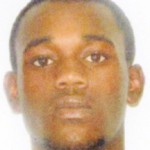 White is accused of shooting another Murfreesboro man – 34-year-old Willie Edward Taylor Jr. – in the abdomen after a fight that started inside the Bryantville Park Community Building spilled outside. Several vehicles were also damaged by gunfire, as well as a bullet that struck near the door of the building.

“From what we were able to gather from the victim, he (Taylor) was attempting to break up a fight between Mr. White and another individual inside the building during a Valentine’s weekend party,” said Sheriff Vaughan. “That altercation eventually wound up outside at which time Mr. White is alleged to have shot Mr. Taylor.”

Vaughan added that Taylor further alleged a second shot was fired at him by White, but the bullet grazed the exterior a winter coat he was wearing at the time.

Upon arrival of Hertford County Sheriff’s Captain Mike Stephenson, Sgt. Scott Cofield and Deputy Bo Williams, Taylor had been transported by private vehicle to Vidant Roanoke-Chowan Hospital. There, HCSO Captain Will Liverman interviewed Taylor at the hospital, learning that White was the alleged shooter.

Vaughan said White was arrested a short time later at his residence in Murfreesboro.

The Sheriff also said he will remind the manager of the Community Building of past incidents there involving violence.

“Over the past year or so, some could be older than that, we’ve responded to numerous calls to that building in Bryantville Park,” Vaughan stated. “I’ve asked the manager to refrain from renting the building for private parties due to the problems we’ve seen there in the past. I guess I will need to ask him once again.

“One of the biggest issues there is that the building is located within a residential area,” Vaughan continued. “When an incident occurs like the one on Feb. 14 where shots were fired, it not only puts those attending an event there at risk, it also puts the residents in that area in harm’s way. Bullets can fly in any direction. I’m concerned for the safety of those living near that building.” 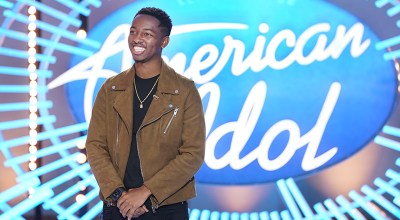