COMO – As of this Monday, 12 months will have come and gone since the last time anyone saw 86-year-old Joseph Peel.

He reportedly walked away from Twin Oaks Rest Home, located on US 258 just south of Como, in the early morning hours of Feb. 8, 2020. 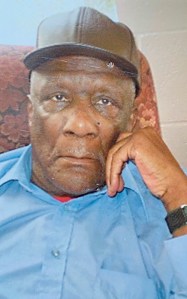 A massive manhunt ensued over the next several weeks involving approximately 250 individuals. Hertford County Sheriff Dexter Hayes said that search covered an area from the Virginia line south to the Meherrin River and used resources by ground, by air, and sonar (searching the river). Search and rescue teams came from as far away as Wilmington and Rowan County. Bloodhounds were used, and cadaver dogs were brought in later.

“Nothing turned up then and there’s nothing new to share today,” Hayes said on Friday of this week. “We had only one lead back in the early stages of the search. A caller said they saw Mr. Peel at a flea market in Rocky Mount. I sent my investigators there and they worked with the Rocky Mount Police, but the person identified as Mr. Peel turned out not to be him. We’ve had no leads since that time.”

When asked if he thought Peel was still alive, Hayes grimly answered, “no I do not. Nothing is pointing to him being alive. We did an investigation into his personal finances and nothing came back….he hasn’t used his debit card over the past 12 months and all of his Social Security checks that were coming to Twin Oaks have been sent back to the Social Security Administration.”

As part of the overall investigation into Peel’s disappearance, Hayes said the managers and staff members at Twin Oaks were questioned.

“We wound up charging one – Carlese Williams – with felony obstruction of justice for lying to us,” Hayes noted. “She told us that Mr. Peel left the rest home at around 7 a.m. that Saturday morning (Feb. 8). Our investigation shows that he walked away some 12 hours earlier.”

Hayes added that an ensuing investigation by the North Carolina Department of Adult Protective Services led to that agency revoking the operating license of Twin Oaks Rest Home.

“That building is up for sale,” Hayes said of the now closed rest home where Peel had lived for a number of years prior to his disappearance.

At the time of the state’s investigation of Twin Oaks, Hayes said the eight remaining residents there were moved, seven to a local assisted living facility while the other individual was placed in the care of a family member.

Even though Hayes believes that Peel is deceased, the case is not yet closed.

“It’s still an open investigation and we encourage anyone with any information to please contact us,” Hayes concluded.