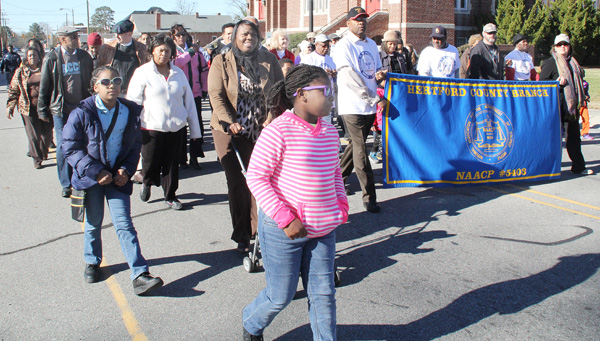 AHOSKIE – On the 29th anniversary of becoming a federal holiday and the 21st year since being encouraged by then-president Bill Clinton to use it as a “day of service”, those who celebrate the Dr. Martin Luther King, Jr. Birthday Holiday say there still must be some wakening moments in King’s “dream”. 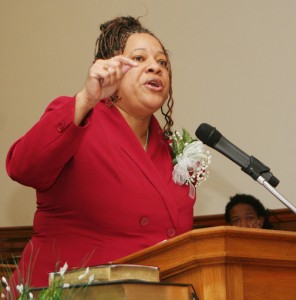 King’s dream is well documented, thanks to his 17 minute speech given at the Lincoln Memorial during the March on Washington over 50 years ago.

Sunday and then again on Monday, two organizations held programs that were a “call to action” of not just service, but also of responsibility.

Two of the highlights of their 2015 program, held at Piney Wood Chapel Missionary Baptist Church on US-13 south of Ahoskie, were the ‘Drum Majors for Service’ awards presented to four prominent Roanoke-Chowan area citizens for their civic service.  It’s taken from one of King’s last sermons in which he declared himself a drum major for justice, a drum major for peace, and a drum major for righteousness; ending that sermon with the words “all of the other shallow things will not matter”.

Keynote speaker was NC 3rd District state senator Erica Smith-Ingram of Northampton County.  Smith-Ingram, herself a minister, encouraged those attending to “rise up, restore, and realize the dream”. 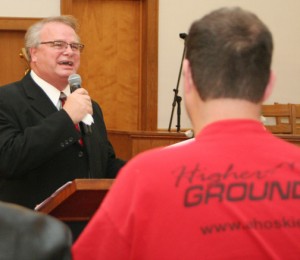 “We have a worthy legacy, a worthy history, and a worthy cause that must be represented,” Smith-Ingram said. “And when there are threats to that representation we have to stand up, march, and invigorate ourselves by making a stand against foolishness and stand for righteousness.

“The inspiration of Dr. King led our nation to a new standard of quality and inclusion, which was Dr. King’s purpose,” she continued. “He challenged us to overcome oppression and reject retaliation.  Honor and respect for his contribution to our national attitudes allows us to celebrate Dr. King.”

Smith-Ingram said the dream is not realized by many today, and that’s what she encouraged and urged must be worked upon.

“More than restoring the dream is realizing the dream,” Smith-Ingram related from theologian Dr. James Cone. “We must start working for human justice in the places of social change.  We must march with money and invest in change; we must invigorate our intellect, integrity, and initiative; and finally, we must pursue purposeful partnerships between the pulpit and the polls because it takes the unity of all of us working together.  Put on your shoes and march for the cause.

“Don’t let the dream become a nightmare,” she warned. “Because the dream still lives, and at some point, it must morph into reality.”

At the church the congregants included members of several area churches, educators in the public, private, and community college system, members of the NAACP, and elected officials.

“When you share with me a vision I want to catch that vision and run,” said host pastor, Rev. C. David Stackhouse in his welcoming remarks. “That’s because the Scriptures say ‘write the vision and make it plain’. We’re going to put some good things out.”

Dyamond Bishop of Hertford County High School sang the Celebration song, ‘Make the Dream real tonight’, and that was followed by Sandrika Freeman of Bertie Early College reciting Dr. King’s “I Have a Dream” speech as the Celebration Proclamation.

Guest speaker was Pastor Ray Faircloth of HigherGroundChurch in Ahoskie, with music provided by the Higher Ground Praise Ministry Choir.

“Dr. King talked about the ‘New’, of a mindset that things are going to change,” the minister continued. “So tell everybody that you are somebody, because there are no nobodys in the eyes of God.”

“He and I are like black-and-white,” said Stackhouse of his guest prior to adjourning, and while also injecting a bit of humor at the activity’s end. “It’s amazing how God can take a little thought and bring it to where we are today.”