MILWAUKEE – The case of a 45-year-old missing man came to a tragic end here Thursday.

The body of Donald Eugene Williams surfaced in Doolittle’s Millpond, a body of water where he was last seen on Dec. 21. 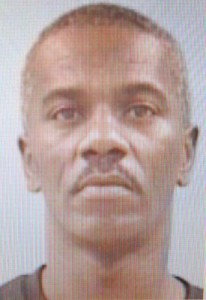 Northampton County Sheriff Jack Smith confirmed by mid afternoon on Thursday that the body was positively identified as Williams.

“We got a call around 10:30 on Thursday morning that there was an object floating in the millpond,” Smith said. “My officers and EMS were dispatched there at which time the body of an African-American male was pulled from the millpond, roughly 10-to-15 feet from the road.

Smith said a motorist traveling on Doolittle’s Mill Road spotted an object in the water and called the Sheriff’s Office.

The Sheriff added that the body was taken to Halifax Regional Medical Center in Roanoke Rapids where it was later positively identified as Williams.

“I had two of my officers there at the hospital where they met with family members of Mr. Williams; from that point we were able to gain positive identification,” Smith stated.

Smith added that the body will be sent to the State Medical Examiner’s office in Greenville for an autopsy.

“We are doing that in an effort to ensure that no foul play was involved prior to Mr. Williams entering the millpond,” he noted.

The search for Williams was initiated Dec. 23 after the Northampton Sheriff’s Office was notified by family members that Williams was missing. Williams resides in the Lincoln Park area of Rich Square, but a family member told the News-Herald that he also lives part-time in Conway.

Several days of searching the waters of the millpond by members of the Gaston and Conway-Severn rescue squads as well as a ground search of the wooded area surrounding the millpond by Northampton Sheriff’s deputies, joined by PERT (Prison Emergency Response Team), produced no results.

At the outset of the search, Smith said his office was acting on information from a reliable source that led emergency responders to the millpond.

“According to the information we have, the man was seen wading into the millpond and wasn’t seen again after that point,” said Smith on Dec. 23. “To our knowledge, this man is unable to swim.”