MILWAUKEE – The search continues near here for a Rich Square man missing since Sunday. 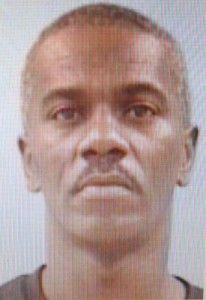 Northampton County Sheriff Jack Smith said his office was acting on information from a reliable source that led the searchers to the millpond.

“According to the information we have, the man was seen wading into the millpond on Tuesday and wasn’t seen again after that point,” said Smith. “To our knowledge, this man is unable to swim.”

Smith added that the search was initiated on Tuesday after his office was notified by family members that Williams was missing. Williams resides in the Lincoln Park area of Rich Square.

“We were unable to search on Wednesday due to the bad weather (an all-day heavy rainfall) and then Christmas was on Thursday,” he said. “We were back out here first thing today (Friday) where we were joined by NC CERT and our local rescue squads.”

The Sheriff said the search did not produce any results on Friday.

“We’ll be back out here on Saturday,” he said. “This is a fairly large millpond and we’re going over it inch-by-inch.”