WINTON – A local man with an extensive criminal history is behind bars once again. 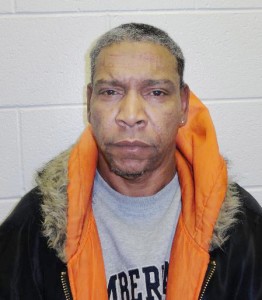 He was placed in the Hertford County Detention Center under a $100,000 bond and was scheduled to make his first court appearance on Friday.

Flythe had eluded local law enforcement officials after he was connected to a Nov. 24 crime in the county where the sexual offenses and strangulation allegedly occurred.

Acting on a tip that Flythe was at a Murfreesboro residence on Thursday morning, Murfreesboro Police Chief Darrell Rowe and MPD Lt. Joe Burgess staked out that house and contacted the Hertford County Sheriff’s Office.

A short time later, Flythe left the residence operating a U-Haul truck traveling on US 158/258 Business. Hertford County Sheriff’s Sgt. Leon Eason, assisted by Rowe and Burgess, performed a vehicle stop in the parking lot of a Murfreesboro business and took Flythe into custody without resistance.

Hertford County Sheriff Juan Vaughan said that the Nov. 24 crime was reported by the victim. HCSO Investigator Brian Pearce was assigned the case. Based on his work, warrants were drawn for Flythe’s arrest.

A check of Flythe’s criminal record through the NC Department of Corrections revealed an 11-page “rap sheet” to include several prior crimes that led Flythe to spend a total of five years, three months and 25 days behind bars.

Dating back to June of 2007 are 11 felony charges (over various dates) for Cheat – Property/Services. That crime involves attempting to gain or actually gaining money, goods, property, or any other thing of value byway of cheat or fraud. All of those crimes occurred in Hertford County.

Flythe’s other crimes date as far back as 1983 and include misdemeanor assault, felony assault with a deadly weapon with intent to inflict serious injury, counterfeit license, larceny, resisting an officer, communicating threats, five felony counts of uttering a forged paper (1995 in Northampton County), and four counts of assault on a female and felonious restraint (in Hertford and Northampton counties in 1999).