WOODLAND – Alert thinking by a cashier helped prevent what would have been the second robbery of the Duck-Thru store here in the last two months. 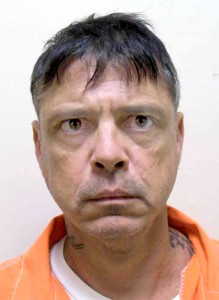 Steven Winston Joyner, 41 of Conway, has been charged with attempted robbery and is currently being held in the Northampton County Jail under a $25,000 secured bond.

Hagbourne said she responded to an alarm at the store located at 422 W. Main Street in Woodland at approximately 7:08 a.m. Thanksgiving Day.

When Hagbourne arrived she noticed the suspect, Joyner, standing alone inside the store at the door.

The clerk told the officer that Joyner had entered the store brandishing a pair of scissors and demanding money. The clerk told him they could not open the register, but used that excuse as a ruse to set off the silent alarm, alerting the authorities.

When law enforcement arrived and got the details, Joyner was taken into custody without incident. This is his first known criminal offense.

The Woodland P.D. was assisted in the arrest by Deputies Chris Collier and Matt Walter of the Northampton County Sheriff’s Office.

On Oct. 21, an Aulander woman was charged with robbing the same convenience store in Woodland.

Jennifer Nelson Odom, 34, of Aulander, was arrested and charged with robbery with a dangerous weapon by the Northampton County Sheriff’s Office.  She is currently awaiting trial.

As with the current robbery, alert action by the clerk led to the swift arrest according to the authorities.