AHOSKIE – Caught in the act.

Two Aulander residents stand charged with attempting to break into a residence on East Baker Street here early Wednesday evening. However, thanks to a tip from a citizen and the quick response of the Ahoskie Police Department, the would-be thieves wound-up in jail.

Charged in the case were: 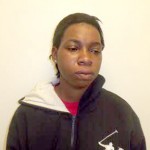 Teffine Renee Williams, 27, of 206 Main Street, Aulander. She was charged with one felony count each of breaking and/or entering, and conspiracy to break and enter. She faces an additional misdemeanor charge of injury to real property. Williams was jailed under a $5,000 secured bond.

George Edward Taylor, Jr., 24, of 206 Mitchell Street, Aulander. He was charged with one felony count each of attempted breaking and/or entering, and conspiracy to break and enter, as well as a misdemeanor charge of injury to real property. Taylor was jailed under a $5,000 secured bond.

Both suspects made their initial appearance in Hertford County District Court on Friday.

According to Ahoskie Police Chief Troy Fitzhugh, at approximately 6:50 p.m. on Wednesday, Ahoskie Police officers responded to a call of a possible breaking and entering in progress in the area East Baker Street. Upon arrival, the officers observed two individuals walking in that area, both matching the description given to Ahoskie Police Dispatch by a caller. 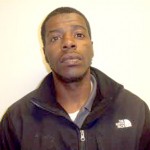 APD K-9 Officer Clifton Whitby stopped the suspects and APD Sergeant Justin Farmer had the witness with him to identify the suspects in question. Fitzhugh said a positive identification was made.

Both suspects were arrested and taken to the police department and then to the magistrate so warrants could be drawn, Fitzhugh said.

“I would like to thank our concerned citizens for their actions against crime,” Fitzhugh stated. “I commend both of my officers for their observations and following up on the investigation to make an arrest. We are committed to protecting our citizens and will continue to do so.”