COMO – What began as a response to a domestic dispute ended with the bust of a marijuana growing operation.

Hertford County Sheriff Juan Vaughan reported the arrest of 43-year-old John David Watson of 127 George Parker Road, Como. He stands charged with three felonies – manufacturing marijuana, possession with intent to sell and deliver marijuana, and maintaining a dwelling to store a controlled substance – and one misdemeanor – possession of drug paraphernalia. 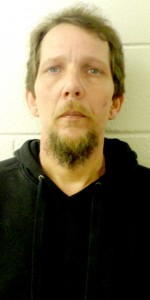 Watson was jailed under a $150,000 secured bond and is scheduled for his initial court appearance today (Tuesday) in Winton.

Vaughan said the pot growing operation was discovered after his deputies responded to Watson’s residence for a domestic situation that was reportedly in progress shortly before 1 a.m. Saturday.

“After talking to Mr. Watson and his ex girlfriend, the deputies noted the strong odor of marijuana coming from inside the residence,” Vaughan stated. “The deputies asked Mr. Watson did he have any marijuana inside the home as well as asking if he had any weapons they should be aware of, to which Mr. Watson replied yes to both questions.”

Vaughan stated that Watson then granted permission to search the property upon a request made by the deputies. What they discovered was a fairly sophisticated marijuana growing operation, to include what Vaughan described as “heat lamps attached to an overhead track that scanned back-and-forth across the plants.”

All totaled, 149 plants were discovered, 106 growing in a second-floor bedroom of the home and 43 in a barn on the property (using the same type of heating equipment).

Also discovered was an incubator in the house used to dry the marijuana. Vaughan said 41 grams of pot were in the incubator.

Additionally, two guns and $542 in cash were seized.

HCSO Deputy Chase Oliver was the arresting officer. He was assisted by other HCSO officers, to include Sgt. Allen Archer, Deputy Zachary Mize, and Investigators Greg Harrison and Brian Pearce.

“I would like to commend my officers for the excellent job in this investigation and for a great job by taking this large amount of marijuana off the street,” Vaughan said.

GATESVILLE – The Gates County Board of Commissioners took no immediate action on a proposal here last week to add... read more