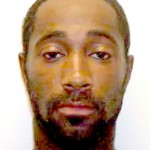 Warrants have been drawn for the arrest of 27-year-old Trent Marcel Davis of 217 South McGlohon Street, Ahoskie. He is wanted on the charges of felony armed robbery, two felonious counts of kidnapping, one felony count of possession of stolen property, felony possession of a firearm by a convicted felon, and one misdemeanor count of assault by pointing a weapon.

Ahoskie Police Chief Troy Fitzhugh warned the public and other law enforcement agencies that Davis is considered armed and dangerous. Citizens with information concerning his whereabouts are urged to contact the Ahoskie Police Department at 252-332-5011.

“The suspect, later identified as Trent Marcel Davis, walked into the business where he brandished a handgun and demanded money from the store’s cash register,” Fitzhugh said. “He forced the store’s two employees into a room where he tied them up before leaving the store with an undisclosed amount of cash.”

Officers with the Ahoskie Police Department and Hertford County Sheriff’s Office arrived and secured the scene. They found the two employees unharmed.

“We and the county had units on the scene within just a few minutes of the call,” Fitzhugh noted. “The Sheriff’s K-9 unit was in the vicinity and heard the call and arrived in two minutes. I thank the Sheriff’s Office for their quick response.”

Through his investigation, APD Lt. Detective Jeremy Roberts was able to develop Davis as a person of interest in the case. Davis is described as a black male, approximately 5’-9” and 150 pounds with short black hair and medium complexion.

Davis has a long criminal record, dating back to 2004 for a drug-related arrest. In 2007 he served probation for misdemeanor larceny; and had another probation period in 2008 for resisting a police officer, both crimes occurring in Hertford County.

Also in 2008, he was charged in Gates County for simple assault and was sentenced to probation.

In 2012, he was given a suspended sentence and probation for misdemeanor assault on a female in Hertford County. In December of that year he was placed on 18 months probation for two felony counts – identity fraud/theft and obtaining property by false pretense.

JACKSON – He has served the citizens of Northampton County for nearly 30 years, without ever facing an opponent on... read more