AHOSKIE – It’s official….Valerie M. Asbell will seek to become the District Attorney for four counties instead of three. 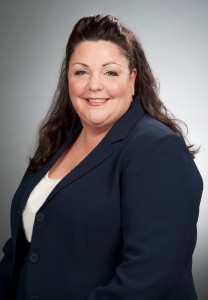 “It is an honor and privilege to serve the people of North Carolina as one of their elected District Attorneys,” Asbell said. “I believe now, just as I have for the past 20 years, that the District Attorney should be fair, honest, experienced and accessible to all people and I will continue to serve the citizens in that manner.

“I have worked diligently over the past 20 years to make my community a safer place to live by asking for and receiving substantial active sentences for murderers, habitual felons, drug dealers, child molesters, sex offenders along with other serious felony offenders,” she added. “My goal has always been to instill the faith of the public in their District Attorney’s Office and to let victims of crime know they have a voice and advocate in the courtroom.”

Asbell is known for her work in the courtroom.

“I am actively engaged in prosecuting. I have tried more than 200 cases in Superior Court. I take my oath of office very seriously, making sure that I execute my sworn Constitutional duties and work to uphold the rule of law,” noted Asbell.

She continued, “I work to strike a good balance by enforcing the laws and holding criminals accountable for their behavior while also trying to work with first-time non-violent offenders by allowing those offenders to enter the Deferred Prosecution Program. This program is a one-time opportunity that gives the young people, who do not have criminal records, a chance to help them get on a straight-and-narrow path and a chance to keep their record clean of convictions so they can be productive citizens of society.”

Asbell is very active in the community and is constantly involved in the school systems, civic organizations and faith based community.

“If being involved in the community outside of the courtroom will prevent someone from becoming a victim of crime or helps keep a young person from coming into the court system, I am all for that,” said Asbell.

Asbell also teaches in her local community, providing trainings for law enforcement officers and speaking in the school systems. In addition to her local trainings, she is an Instructor for the North Carolina Conference of District Attorneys, North Carolina Institute of Government, and the National Advocacy Center.

She is married to Jimmy Asbell, a Major with the Ahoskie Police Department, and is the proud mother of two boys, her stepson, Cole (15), and son, Ethan (9).  She and her family are members of Center Grove Baptist Church.

“I have always had an open-door policy and will continue that important policy. I will listen and work to make sure the needs of all four counties and communities are being met and our citizens and property are protected and those people who break the law are held accountable and responsible,” commented Asbell.

“I am looking forward to mounting a vigorous and spirited campaign all across the new district so voters will know me and understand my philosophy in prosecuting and enforcing our criminal laws,” Asbell concluded.

Thanksgiving means a time for being thankful for so many things and recognizing them on this special day. It is... read more