SEABOARD – Citizen complaints, coupled with undercover surveillance and security camera videos, aided in the discovery and arrest of an armed convicted felon in Seaboard. 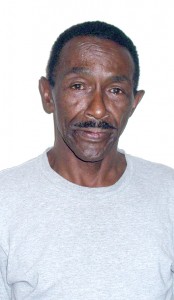 Chris Buffaloe of the Seaboard Police Department reports that following numerous citizen complaints of drug activity, SPD officers began a series of undercover surveillance operations that led to the issuance of a search warrant for the property of Henry D. Bynum Jr. of Seaboard.  The officers executed the search warrant on Sunday, Nov. 17 which led to the discovery of marijuana, drug paraphernalia, and a firearm within Bynum’s apartment. Buffaloe deployed his K-9 and discovered additional drug paraphernalia items and also located a large sum of US currency within a hidden location in the residence.

Bynum, a convicted felon for federal armed bank robbery charges, was arrested and charged with numerous drug violations as well as possession of a firearm by a convicted felon. Bynum was held on a $3,000 bond in the Northampton County Detention facility.

Buffaloe credits the town citizens for their willingness to step up and help fight crime as well as area business owners who utilize proper security camera systems that are extremely vital in solving crimes such as this.

“With community involvement in our daily work as officers, solving crimes is expedited,” Buffaloe said. “No complaint is ever too small.”

In politics, there’s no such thing as a tie as a winner must be determined. The Nov. 5 balloting for... read more