AHOSKIE – It’s no big surprise that Howard Hunter III is seeking to move up the political ladder. The only question that looms is why it took him so long to seek a higher office. 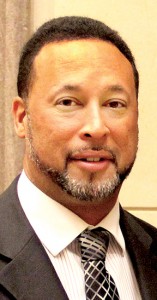 On Monday, Hunter made public his intent to seek the District 5 seat in the North Carolina State House of Representatives. District 5 covers all of Bertie, Gates and Hertford counties and a portion of Pasquotank.

‘It is with great pride and pleasure that I announce my intent to run for the NC General Assembly House of Representatives,” Hunter said in a press release.

Hunter said the district deserves new leadership in Raleigh. District 5 is currently served by Annie Mobley of Ahoskie. She was first appointed to the seat in January of 2007 following the death of Howard Hunter Jr. – Howard III’s father, who served the District for nearly 20 years – and has won reelection every two years since.

“As a long-serving local elected official and former President of the North Carolina Association of County Commissioners, I have the experience to make sure that the citizens of Bertie, Gates, Hertford and Pasquotank counties are heard in Raleigh,” Hunter said. “Not only have I worked with my fellow locally elected officials, but I have worked with leaders across the state and nation to better all of our communities.”

He continued, “As President of the Association, I have worked cooperatively with legislators, governors, and local officials, regardless of their political affiliation, whether they were from urban or rural areas or from the east or west to focus on bettering our Fifth District and the State of North Carolina.  I will focus my attention on infrastructure improvement; removing certain counties from CAMA jurisdiction; ensuring that all our children receive a sound education; and economic development in northeastern North Carolina.”

Hunter said he fondly recalls the days when his father served the 5th District.

“I watched him work….he was a great legislator, not just a politician,” Hunter remarked. “I remember going with him down the hallways of the State General Assembly, working feverishly and with a passion to convince his colleagues of the challenges his District faced and the plans he had to make our little corner of the state a better place to live, work and raise a family.

“I bring that same passion to the table….I’ve lived here all my life; I know what our area needs and I totally understand how things work in Raleigh,” Hunter added. “Growing up I was blessed to have a mother and a father that were active in the community. My mother was a teacher. My father was a county commissioner first and then a state representative. I know the importance of learning from someone who has been in the battles.”

He was also appointed in 2009 by then Senate President Pro Tem Marc Basnight to the Joint Study Commission on Alcoholic Beverage Control, which examined the state’s ABC System and recommended changes that were adopted by the North Carolina General Assembly in 2010.

It’s over. After several years with a cloud of uncertainty in regard to a potential Navy Outlying Landing Field (OLF)... read more