The child abduction case on Oct. 2 in Isle of Wight County may have a local connection.

The Sheriff’s Office there is investigating the attack on the 11-year-old girl, who was abducted about 8 a.m. at her bus stop in a Carrollton neighborhood. The suspect drove the girl to two remote locations, where he sexually assaulted her, before dropping her back off near her house after a four-hour ordeal. 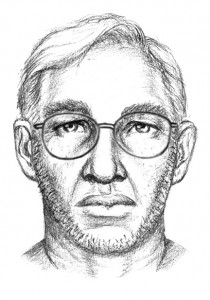 An artist’s sketch of a man wanted in connection with a child abduction in Isle of Wight County, VA shows him with and without glasses.

Isle of Wight law enforcement officials are also looking for the location of one of the assaults — an abandoned, partially collapsing house that “may be anywhere along the Route 13 corridor leading into North Carolina,” said Capt. Rick Gaddis of the Isle of Wight Sheriff’s Office

There is also new information as to the vehicle driven by the suspect. The changes to the vehicle description were made following additional interviews with the victim, Gaddis said. The car, initially described as white, now is described as light gray or silver in color. It is a 1995-2001 two-door Chevrolet Cavalier. It also does not have a windshield banner or sticker with the word “Chevy,” as previously reported.

The Chevrolet has a Virginia state inspection sticker, black and gray interior, leather or vinyl seats, manual roll-up windows and some pieces missing from a section of cracked dash. The car looked older inside but newer outside.

Inside the car were three homemade clay sculptures — one star-shaped and painted with black stripes and the others green and pink, possibly made by children. 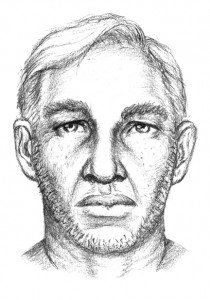 One assault location has been identified. The second scene has not been located, but can be described. The location is an old, abandoned, two-story, wood-framed house. It has no shingles on the roof and is partially collapsing, and an old sofa can be seen through a collapsed wall, Gaddis said.

Across the road from the abandoned house are newer homes. The closest one is a well-kept, two-story white house, with red shutters and a gray roof. There is a new wooden fence around the backyard, but no fencing around the front yard.

The man and girl were seen in rural Suffolk at some point during the morning of Oct. 2 where he asked directions from a trash collector at the intersection of Longstreet Lane and Quaker Drive.

The girl reported her attacker was an older white male of medium build, about 5 feet 8 inches tall and weighing 175 pounds.

His hair is short and blond, but not a buzz cut, and he wears a thin blond beard containing white whiskers — in a strip from his temples across his chin — and no mustache.

The girl did not see any tattoos or piercings. He was a nonsmoker and a slow speaker.

Take a step back in time

MURFREESBORO – Turn the calendar back for 150 years and see for yourself what Murfreesboro was like during the height... read more