Arrests made in Como break-ins

WINTON – A rash of residential break-ins in two states appear to be solved with the Wednesday arrests of two suspects.

Hertford County Sheriff Juan Vaughan said 32-year-old Robert Settles of 804 Boones Bridge Road, Como, and Carretta Bunch, 29, of 115 Roger Lane, Ahoskie, have been charged in both North Carolina and Virginia. They are the primary suspects in several larcenies dating back to mid-September in the Como area as well as Southampton County, VA. 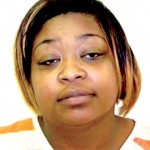 Bunch is being held under a $100,000 secured bond in the Hertford County Jail and was scheduled to make her initial court appearance on Friday.

Settles is in the Southampton County Jail with no bond, according to The Tidewater News in Franklin, VA. He is charged in Virginia with three counts each of burglary and grand larceny for a series of break-ins in Southampton County.

Settles arrest came in the parking lot of the Walmart in Franklin, VA after a report of a burgundy Ford Fusion, one matching the description of a vehicle witnessed at or near several of the residential break-ins in both states, was seen traveling north of Como towards Virginia. 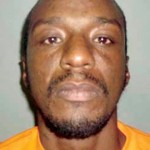 Bunch was arrested a short time later in Hertford County, according to Vaughan.

“We’ve been working this case hard since the first reported break-in here on Sept. 18,” Vaughan said. “The other two break-ins in the Como area took place on Sept. 23 and 24. We beefed up our presence in the Como area, but the biggest break in this case came with a description of the vehicle that was perhaps used by the two suspects.”

The Hertford County break-ins occurred when the residents were not at home, Vaughan said.

“There were numerous items taken from the homes here,” Vaughan said. “To date, only a few of those items have been recovered.”

Vaughan said the state line did not prove as a barrier in the investigation by law enforcement agencies on either side.

“We’ve worked with the Southampton County Sheriff’s Office on other cases in the past and the cooperation, the sharing of information, and the overall investigation with them worked well again,” Vaughan said. “I thank them for the help, and also thank my lead investigators – Chief Deputy Raymond Eure, Captain Will Liverman and Investigator Greg Harrison – for their hard work.”

Two break-ins in Southampton County occurred on Sept. 25 at residences on Monroe Road and Smith’s Ferry Road. Another incident was reported there on Sept. 20 at a Cary’s Bridge Road residence.

None of the stolen goods in the Southampton County crimes have been recovered at this time.

By Caroline Stephenson Correspondent WINTON – Approved. At the most recent meeting of the Hertford County Board of Commissioners, they... read more