AHOSKIE – The political rumor mill has alleged that District 5 Representative Annie W. Mobley would not seek another term in office.

Mobley said that rumor is far from the truth. 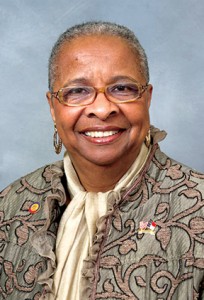 “I am planning to seek another term in office next year,” Mobley told the Roanoke-Chowan News-Herald. “For over six years I have served as your Representative to this District. Each year I have run a campaign for this position and am energized because I know and you have learned that I am not there for my own selfish gain, but that I truly have a love for the people of my district and I want to do everything in my power to make you proud and confident that I’m working for you.”

Mobley said her work in Raleigh is not finished.

“This year I was successful, working across the aisle, in passing House Bill #725, one implementing progress toward changing the age of juveniles.  I plan to continue working on this legislation in 2015-16 when the implementation will begin,” she stated.

Mobley, an Ahoskie Democrat, has represented the 5th District (Bertie, Gates, Hertford, and Pasquotank counties) since being appointed to the seat in 2007. She is a retired Court Counselor.

Prior to her appointment, Mobley never held political office. She secured the nomination of the District’s Democratic Executive Committee to succeed Howard J. Hunter Jr. who passed away in December of 2006 while in the midst of his term in office. Despite opposition during several election cycles, Mobley has held her seat since that initial appointment.

AULANDER – The Bertie County Board of Commissioners on Monday evening gave its approval to the county’s application for Rural... read more