WINTON – Terrence Devonne Faison is back in Hertford County, but his freedom is blocked by a $1 million bond.

The 35-year-old Ahoskie man, wanted in connection with a Sept. 3 shooting that left a local teen fighting for his life and three Ahoskie public schools on lockdown, was captured this past Friday in Richmond, VA  by the Henrico County Police Department SWAT Team. He waived extradition and was transported from Richmond to Winton on Wednesday by the Ahoskie police. 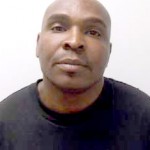 There, he appeared before a Hertford County Magistrate where felony warrants were served for two counts of assault by pointing a gun, and one count each of attempted first degree murder, assault with a deadly weapon with intent to kill by inflicting serious injury, discharging a weapon into occupied property inflicting serious bodily injury, and possession of a firearm by a felon.

On Wednesday, a felony charge of breaking and entering was added to the list of crimes against Faison, bringing his total secured bond to $1 million.

He is currently locked up in the Hertford County Detention Center in Winton awaiting his first appearance in court.

Faison stands accused of shooting an Ahoskie teen at Pinegate Apartments on Sept. 3. That forced the lockdown of Ahoskie Elementary School, located just across the street from the apartment complex, as well as Hertford County High School and Bearfield Primary School. Those schools remained on lockdown until 3 p.m. that day.

The victim in this case, a 16-year-old male, was shot multiple times inside an apartment at Pinegate, located off West First Street. As of the last report available, the victim was in critical condition at a regional hospital.

Faison is no stranger to criminal activity. Prior to his 16th birthday, he was arrested and convicted in the murder of a family acquaintance, serving nine years and two months of a 20-year prison sentence (released in October of 2004) for second degree murder in Hertford County. Since his release from prison, Faison has been charged with two misdemeanors – resisting an officer and violating a protective order, both occurring in 2005.

WINTON – First they were faced with dwindling funds due to Sequestration in their Head Start and Early Head Start... read more