RICH SQUARE – An intensive manhunt, on the ground and in the air, came up empty here Thursday.

Devon Bowser, 20, of Murfreesboro remains on the run. He is wanted on 12 felony charges, all weapons related according to Rich Square Police Chief Bo Roye. 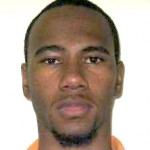 “We may have missed out today, but it wasn’t due to a lack of effort,” said Roye. “He’ll surface somewhere along the line and we’ll be waiting.”

Roye said the incident began at around 8 a.m. Thursday when a Northampton County Sheriff’s Deputy spotted a vehicle matching the description of one that Bowser was believed to be a passenger.

“When the deputy made the traffic stop on that vehicle, he could only see one person, the driver, in the car,” Roye said. “As the deputy approached the vehicle from one side, Mr. Bowser slipped out the other side and ran.”

“We sent teams of officers to those locations, but there was no sign of Mr. Bowser,” Roye said.

He added that Bowser is considered “armed and dangerous.” Those knowing his whereabouts are urged to call the Rich Square Police at 252-539-2315, or the Northampton Sheriff’s Office at 252-534-2611.

‘We are here for you’

Roanoke Electric Cooperative members file through the lobby of the Hertford County High School gym on Saturday morning where they... read more