AHOSKIE – If you remember malt shops, 45’s purchased from your favorite record store, and the Hula Hoop, you may be old enough to recall a local band by the name of “The Shifters.”

That group was extremely popular in its heyday…performing at every possible venue that would welcome the sound of rock-and-roll.

Now, decades later, The Shifters are back….well at least in name. The lone holdout is local drummer Robert Earl Dilday who, as a teen, had his musical debut with The Shifters of old. 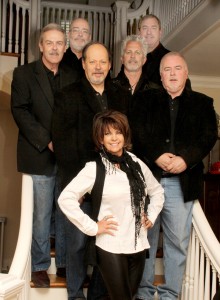 “They were practicing once night and that was my first visit around a live band….I knew right then what I wanted to do and that was to play music,” Dilday recalled during an interview a few years ago. “Gordon went to Vietnam…he wrote me letters telling me to practice and practice and when he got home he would start the band back up and if I was good enough I could play with them.”

Sure enough, Jones came home in 1968 and rekindled The Shifters. Dilday said the band’s drummer at that time was Tilton Brittle, who was working with Belk-Tylers and was eventually transferred out of the area.

“They asked me, at age 13, to practice with them and, in 1968, I became their drummer. If Gordon hadn’t been in the band, my mama and daddy probably wouldn’t have let me continue because the band played every weekend in ‘Carolina or Virginia.”

Dilday called that experience, “the best years of my young life.”

“We performed at the State Fair in Raleigh; played at the Casino in Nags Head, on the boardwalk at Ocean View Amusement Park…heck, we even played at a private  school for girls school in Middleburg, VA where (the late) President Kennedy’s daughter was attending at the time; I guess she was in the crowd that night,” Dilday said.

Dilday, who currently resides in Gates County, is now joined by a group of talented musicians from throughout eastern ‘Carolina to form the new KB and the Shifters Band. Karen and Parks Boyd of Scotland Neck respectively provide vocals and guitar for the newly formed band. Jan Raines, a former State Highway Patrol Trooper now living in Greenville, plays the trumpet and provides vocals. Ahoskie’s David Barnes strums the bass guitar; Tommy Hayes of Wilson strokes the keyboard; and retired Hertford County Magistrate Bobby Beard of Ahoskie is on sax and harmonica. Kenneth Bradley of Ahoskie serves the band as its sound technician.

“I retired on September 30 of last year and we had our very first practice that same night,” Beard recalled.

Beard began to piece this band together in July 2012.

“I was looking for just the right mix of talent,” he said. “We started out practicing one night a week, mostly playing beach music with some R&B and a little country mixed in.”

Beard said the Boyds, who performed as “Chickweed” and played for private and public gigs, came onboard with The Shifters and the band hasn’t looked back since that time.

“We’ve got some gigs lined-up and by June we believe this band will pretty much be full-time,” Beard stated.

Beard added that all the members have been involved with bands for most of their lives.

“We just love music and performing,” he said. “We’re a tight-knit group and have found our place as a dance band.”

The group plans to travel to North Myrtle Beach for an April 12-14 event that will officially release their new song on SISBRO Records, owned by Judy’s House of Oldies. That song – “Call Me” – is currently receiving air play on a few Beach Music radio stations. Beard said the group plans to release two additional new songs in the immediate future.

The local group is also scheduled to perform with the Craig Woolard Band on Oct. 4 as part of the annual Franklin (VA) Fall Festival.

To learn more about the group, visit their Facebook page (www.facebook.com/TheShiftersDanceBand).