AHOSKIE – A local law enforcement officer has found himself on the wrong side of prison bars. 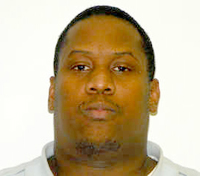 Snape, who had been with the Ahoskie Police since 2004, was immediately terminated from employment.

According to information provided by Ahoskie Police Chief Troy Fitzhugh, Snape stands charged with seven counts each of statutory rape, indecent liberties with a child, and statutory sexual offense.

Fitzhugh said SBI agents transported Snape to the Hertford County Jail in Winton where he was held under a $1 million secured bond. It is not known at this point if Snape has made bail. The Roanoke-Chowan News-Herald is attempting to find out if Snape was jailed in Hertford County or transported elsewhere after being processed in Winton.

“All I can tell you at this point is that the SBI is handling this case upon my request,” Fitzhugh said.

He added that upon receiving information of an alleged complaint on Jan. 22, Fitzhugh said he contacted the SBI.

“We are sworn to uphold the laws in the State of North Carolina. When given information that an officer was involved, I responded immediately,” Fitzhugh added.

At that point, Fitzhugh said Snape was immediately placed on administrative leave with pay. He added that in less than two weeks, Agent Chapman and Agent Colleen Walters finished their investigation.

“I would like to thank the N.C. SBI for assistance with this investigation and handling the investigation with professionalism and integrity,” Fitzhugh said.