AHOSKIE – Three suspects are wanted by the Ahoskie Police following a shooting and a vehicle chase that subsequently led to a wreck and jump-and-run here early Thursday afternoon. 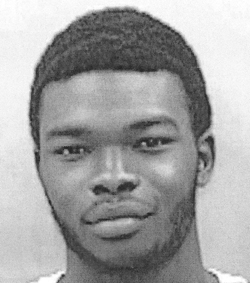 Jonathan Rascoe and John Rascoe may be considered as armed and extremely dangerous.

Ahoskie Police Chief Troy Fitzhugh said the series of crimes began with an individual being shot as he sat in his car on North Academy Street.

“The victim was met byEMSat another location a few blocks up. He was transported to our local hospital (Vidant Roanoke-Chowan) by his parents,” said Fitzhugh, adding that the wounds to the victim were not considered as life threatening.

Sgt. R.W. Sawyer of the Ahoskie office of the North Carolina State Highway Patrol said he and fellow NCHP troopers were involved in a short chase of the suspects’ vehicle shortly after they received information about the shooting. 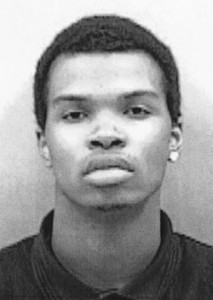 “We’re pretty sure who we are looking for,” Sawyer continued, adding that the Highway Patrol was investigating the motor vehicle accident, which occurred approximately one-quarter of one mile west of the WRCS/WQDK radio station on NC 42, while the Ahoskie Police was handling the shooting investigation.

With the assistance of the Hertford County Sheriff’s Office, the Ahoskie Police launched a foot search, using two APD K-9’s, of the suspects who reportedly entered a wooded area behind a residence at the accident scene.

The accident caused the alleged get-away vehicle to land on its roof in the front yard of that same residence. Sawyer said that the vehicle, traveling west on NC 42, crossed the eastbound lane, exited the roadway, ran through a ditch and flipped one and one-half times before coming to rest in the yard of the residence.

As a precautionary measure,BearfieldPrimary SchoolandAhoskieElementary Schoolwere both placed on lockdown for a short period of time Thursday afternoon. HCPS Superintendent Dr. Michael Perry confirmed that information, adding that both schools returned to normal operation after the Central Office in Winton was given the “all clear” by the Ahoskie Police and Hertford County Sheriff’s Office. 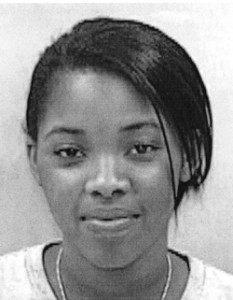 “We also contacted the parents/guardians of our students who live out by the radio station to inform them of this series of incidents, to include that the suspects involved in the shooting were still at large in that particular area,” Perry said.

APD Captain Michele A. Garrett investigated the incident. Fitzhugh said a report was taken from the victim; crime scene evidence was collected; and photographs were taken. Garrett also collected evidence and took photos at the accident scene.

Anyone with information that will be beneficial to this case is encouraged to call to the Ahoskie Police Department at (252) 332-5012 and ask for Captain Michele Garrett. 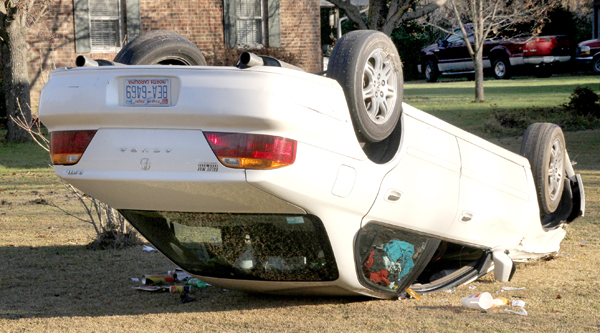 This vehicle, believed to have been used by three suspects involved in a Thursday afternoon shooting in Ahoskie, wrecked in the front yard of a residence on NC 42 West following a short chase by the NC Highway Patrol. Staff Photo by Cal Bryant