AHOSKIE – With all the brilliant colors of the holiday season, Christmas parades are known for their beauty.

That fact will be doubled when Ahoskie conducts the area’s largest parade at 10 a.m. on Saturday, Dec. 8. There, Ahoskie’s own Kristina Cooper will serve as Grand Marshal. Kristina is the reigning Miss Charlotte USA and finished as the first runner-up during the Miss North Carolina USA 2013 pageant held Nov. 10 in High Point. She is the daughter of Anthony Cooper of Ahoskie and the late Kim Cooper. 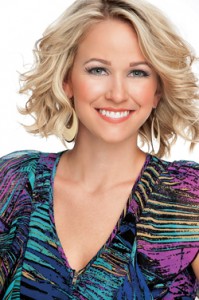 The Ahoskie Chamber of Commerce conducts the parade. That organization is accepting parade entries until Dec. 2. Entry forms, available at the Chamber’s office on Catherine Creek Road, can be mailed in (PO Box 7, Ahoskie, NC, 27910) or dropped off at the office. If you have questions please call 332-2042 during business hours.

The beginning point and staging area will be on East Main Street and the intersection of East Main and Lloyd Street near Southern Bank.  The parade will begin promptly at 10 a.m. Line-up starts at 9 a.m.

“You will not be assigned numbers or line-up positions. If you want to be near the front of the parade you should arrive early,” said Ahoskie Chamber Executive Vice President Dan Joyner.

Cash prizes ($100 for 1st place; $50 for 2nd and $25 for 3rd) will be awarded to the top three entries based on originally, overall appearance and relevance to the holiday season.

“Since the parade entries will be judged, you should have signage which clearly identifies your group or organization on your entry,” Joyner stressed. “The judges will be anonymous and will be viewing the parade from various undisclosed points along the parade route.”

Joyner noted that the Ahoskie Christmas Parade is a family event and as such, all entries should reflect themes which are appropriate to the occasion.

“We respectfully ask that loud music not be played as there may be marching bands in the parade as well as animals which may be adversely affected,” he said.