Bertie DSS promotes from within 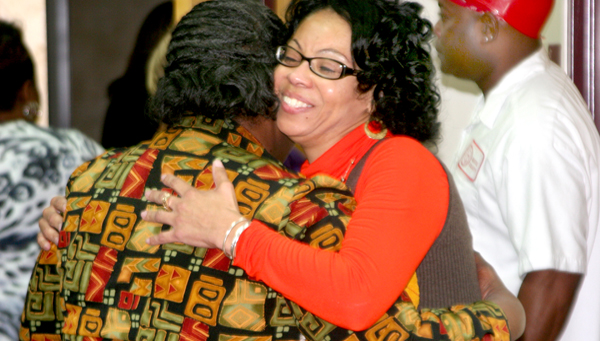 WINDSOR – The Bertie County Department of Social Services board did a comprehensive search. Then they settled on one of their own to become its new leader.

Smith said the local social services board had no interest in managing day-to-day operations of the department.

“We as a board have decided we are not micro-managers because you know what to do,” he said. “You are here for the benefit of the citizens and the community and we know you know that.”

Smith then said the board looked at a number of applicants before settling on Speller.

“We are 100 percent behind the young lady we have chosen to be Director of Bertie County DSS,” he said. “We expect everyone to work together.”

He also said the department would have to continue to work together if they were going to serve the citizens.

“We want each of you to continue to work to make the Bertie County DSS one of the best in North Carolina,” he said. “We know you are already on the way.”

He then introduced Speller, who he said would officially take over the reins on Thursday morning.

Speller has been an employee of Bertie County DSS for 28 years and has spent the last several years guiding the Work First program in the county, which she has led to become one of the top programs in the state.

She stressed she applied for the job and worked hard to receive the promotion.

“This was not handed to me,” Speller said. “I turned in my application and I met the qualifications of the local DSS board and the State Personnel Office.

Speller said she knew how to organize and how to lead and that she would be working with the entire staff to make DSS as good as it can be.

“If Bertie County is going to be one of the best DSS programs, it will be because we work together,” she closed.

Smith said a total of 12 applications were received and only one came from within Bertie County DSS and that was Speller’s. Seven of those people were interviewed and Speller was chosen.

WINDSOR – Changes to the 12-classroom addition at the new Bertie High School will add additional expense to the project.... read more