AHOSKIE – An Ahoskie man is currently incarcerated in the Hertford County Detention Center under a $1 million bond for his alleged involvement in a shooting here early Saturday morning. 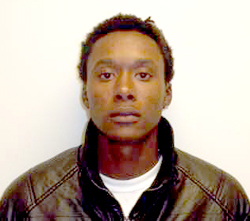 The shooting victim, whose name has not been released, was initially transported to Vidant Roanoke-Chowan Hospital by Hertford County EMS, and was later transferred to Vidant Medical Center in Greenville. There he was last known to be listed in critical condition.

According to a report filed by Ahoskie Police Detective Sgt. Steven White, the APD received a call at approximately 1 a.m. on Saturday to respond to Parker Avenue in reference to a male subject being shot.  Upon the arrival of Lt. Adam Benton, Sgt. Tyrone Ruffin and Officer Melanie White, the gunshot victim was lying on the living room floor of the residence.

The responding officers secured the scene and summoned Detective Sgt. White to follow up the investigation.

“We were able to develop a suspect fairly early in this investigation,” Sgt. White said. “We were able to make the arrest through a joint effort with Hertford County Sherriff’s Office.”

A motive for the shooting is not being released at this time.

APD Chief Troy Fitzhugh stated “I would like thank Detective Sergeant Stephen White for doing a good job following up on the information that he received, and making a quick arrest without incident.”

According to a search of the North Carolina Department of Public Safety website, Perry has a past criminal record. He served a 3-month prison sentence following his conviction in a June 2009 case for possession of stolen goods.