That was the mood cast over a group of Roanoke-Chowan Community College faculty/staff employees after learning of Tuesday night’s decision made by school’s Board of Trustees to end the employment of RCCC President Dr. Ralph Soney earlier than expected.

It was that same group of Soney supporters who were seen helping their former president clean out his office just moments after the Trustees reached their decision at shortly past 9 p.m. 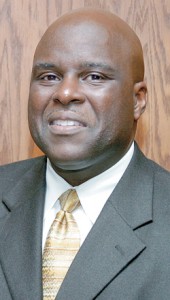 “What were they thinking,” said one RCCC staffer as they wheeled a cart into Soney’s office to assist in the hasty departure of the President.

“Apparently not with their brains,” answered another RCCC employee, more than likely referencing the decision reached by the board.

Following a two-hour and two-minute closed session, the Trustees reconvened in open session where Chairwoman Wendy Ruffin Barnes asked for a motion concerning the matter of Soney’s letter of resignation. He had submitted that letter to the Trustees in which he asked to remain onboard until Dec. 31 of this year.

The electronic recording of the meeting by the Roanoke-Chowan News-Herald clearly captured a third “no” vote. However, that vote perhaps came from an individual seated in the crowded room who was not a member of the board. Sessoms said she heard the voice as well.

“It came from somewhere behind me,” she said following the meeting.

After the vote, Barnes read a statement from the board.

“Dr. Soney, it’s with regrets that we accept your resignation. You’ve been a good leader of the college during your time here. We appreciate your service to the college and wish you good luck,” Barnes said.

When asked by the News-Herald following the meeting why the board chose to not honor Soney’s request in his letter to remain in the role of president until Dec. 31, Barnes said that question could not be answered due to it being a “personnel issue.”

“I’ve enjoyed serving, it’s been a wonderful experience,” Soney stated as he addressed the trustees following the vote. “To the staff, it’s been a great journey. You’ve done a lot to move us forward. If I can be of any assistance to you, you know how to get in touch with me. I wish you all the best.”

RCCC’s faculty and staff were apparently supportive of Soney. During the two-hour wait while the Trustees were in closed session, a school staffer handed the Roanoke-Chowan News-Herald a copy of a letter, signed by 57 RCCC employees, addressed to the Board of Trustees. It read as follows:

“We, the undersigned faculty and staff, support the role of our President, Dr. R. Soney, in moving Roanoke-Chowan Community College forward in the education of our students. Throughout his tenure he has improved campus operations and expanded programs in order to serve the community. These activities also contributed to the SACS reaccreditation initiative of the college that was finalized this year. Along with his leadership, the campus continues to provide a positive learning environment as well as an open and welcoming atmosphere for all visitors, guests, students and staff. All of this facilitates the goal in promoting every student’s personal educational goals in serving the community’s needs.”

Another RCCC staffer, Joe Rampersad, asked the Trustees if he could address the board. However, his request came after there was a motion and a second on the floor to adjourn the meeting. Barnes encouraged Rampersad to get on the agenda for the board’s next meeting.

Barnes said the board will now embark upon the task of seeking Soney’s replacement.

“Until an interim candidate can be found, the board will find an appropriate party to serve as acting president,” she said.

The Roanoke-Chowan News-Herald was hoping to add remarks from Soney regarding his sudden departure, but he was unavailable on Wednesday morning due to a prior commitment. Attempts to contact Soney will be made Wednesday afternoon.

Soney was hired Nov. 1, 2005 as RCCC’s sixth president since its founding. The veteran educator, with over 30 years of experience, came to RCCC from Pitt Community College where he served as Vice President for Academics. He also served at Wayne Community College as Division head of Social Services, Human Services, Agriculture and Natural Resources.

GATESVILLE – Eleven years have come and gone since each and every true-blooded Americans stood in shock on September 11.... read more