CONWAY– A Murfreesboro man and teen have been arrested following an armed robbery near here.

Travis Devon Eley, 23, and Sherwin Lee Tann, 16, were taken into custody on Sunday following the crime. Both have been charged with robbery with a dangerous weapon. 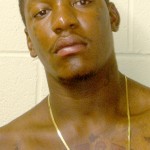 According to Northampton County Sheriff’s Detective Lt. Brenda Burnette the charge stems from a 3:31 p.m. call received by dispatch reporting a victim had been robbed at gun point just outside of the Conway town limits.

Burnette said the victim was traveling on a moped on NC 35 North when he was passed by tan Honda Accord traveling in the same direction.

“When the victim approached the bridge the vehicle was parked across (the two lanes) blocking the road,” she said.

Following the robbery, the victim attempted to get help at the closest residence, but no one was home. He then drove back to Conway where he was able to call his brother who reported the crime to local police. 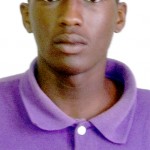 Conway Police Officer Jimmy Pair responded to the scene and informed the NCSO that the incident occurred in the county, prompting Burnette, Sgt. Jason Boone, and deputies Lloyd Melton and William James to respond.

Burnette said the victim was able to provide investigators with a description of the vehicle.

That description was put out over police radio informing Southampton County,Va. law enforcement and Murfreesboro Police Department to be on the look out for the Honda.

“We didn’t know which direction they were headed in,” Burnette said.

Soon after the information was provided to area agencies, officers with the Murfreesboro Police Department spotted the vehicle and notified the NCSO.

Burnette said the victim identified the vehicle and the suspects (Eley and Tann).

Eley and Tann were taken to the Northampton County Jail where they were each placed under a $50,000 secured bond. The suspects had their first appearance in court on Monday. Their probable cause hearing is set for July 30.

“I just want to give credit to the local police officers,” she said. “By working together we were able to make these arrests.”