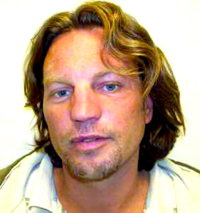 Adam Dewayne Sauls, who resides on Church Street, is awaiting extradition back to Ahoskie where he will be served warrants for 45 felony sex offenses involving a juvenile.

The Ahoskie Police Department put out a media blast by mid afternoon on Tuesday in an effort to share information about Sauls’ possible whereabouts. APD officers went to Sauls’ apartment on Monday in regards to the case, but he was not at home.

“I would like to thank Suffolk Police Department in Suffolk, Va. for their assistance and the public for responding to the media release,” said Ahoskie Police Chief Troy Fitzhugh. “He was arrested in less than 24 hours. We will apply for an extradition to bring Adam Sauls back to Hertford County.”

Fitzhugh said he will share later today the details that led his department to seek the felony sex charges against Sauls.