Bid comes in over budget 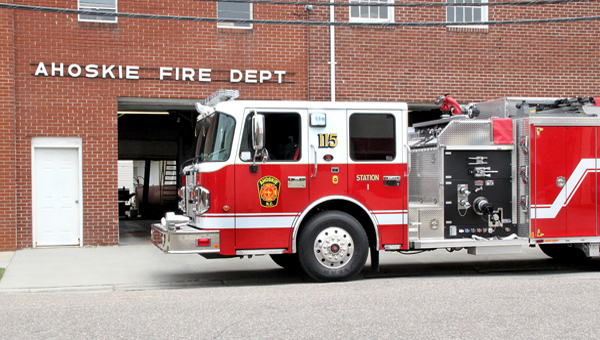 AHOSKIE – The bids are in on the new Town of Ahoskie Fire Station and construction may start as early as next month.

At their regularly scheduled meeting here last week, members of the Ahoskie Town Council selected Calvin Davenport, Inc. of Rocky Mount as the low bidder and awarded the construction contract to that 48-year-old residential/commercial building firm.

Of the 10 contractors responding to the request for proposals, Davenport turned in the lowest bid at $1,537,738. As noted on the bid tabulation sheet, the bidding process was extremely competitive. Davenport edged out R&L Builders & Sons by less than $50,000. The other eight bids ranged from $1,607,777 (Turn-Key Contractors) to $1,786,000 (Kenbridge Construction Company, Inc.).

However, despite Davenport’s best offer, that bid was still in excess ($70,913) of what the town had planned to finance through USDA in order to build the new fire station.

“We have to let USDA know how we are going to accommodate that $70,913 deficit in the bid,” said Ahoskie Town Manager Tony Hammond. “From talking with USDA and Oakley Collier, our architect on the fire station project, there are three ways we can address this.”

Hammond said those options include a $70,913 contribution from the town to the project; not to reimburse itself for the town’s $85,000 purchase of the land on which to build the new fire station (which was included in the lan package); or have the contractor perform value engineering to the project to reduce the cost by the overage amount.

In regards to the last option, Hammond said the majority of those would involve downgrades in products and materials that were slated to be included in the construction process.

“It cuts downs on the grades of carpet, ceiling tile, flooring….things of that nature,” Hammond noted concerning the value engineering process.

He added that following a discussion among town staff, it was suggested to proceed with option #2 (the non-reimbursement of $85,000) in order to cover the bid overage.

“That’s what we’re bringing before Council today, to let you decide the best way to proceed,” Hammond said. “There is a possibility that the contingency fund for this project will have enough money left over after the construction process ends so that the town can reimburse itself for the land purchase.”

“I would hate to see us cut out something that would help make this building last longer,” said Councilman O.S. “Buck” Suiter Jr.

Suiter then made the motion to accept Davenport’s bid and to cover the bid overage by using option #2. Councilman Maurice Vann offered a second and the motion was approved by a 4-0 vote (with Councilman Winfred Hardy absent from the meeting).

The new fire station will be built at the corner of Dr. Martin Luther King Jr. Drive and Sunset Street, across from the old VEPCO building. It is designed at 12,000 square feet, to include three, double capacity truck bays and sleeping quarters (the department operates 24/7 year round).

The current fire station is located on McGlohon Street in a building that also once housed the Town Hall and Police Department. It has been in use since the 1930’s.

How to save a mountain

There were lots of reasons some people in Avery County wanted to stop a rock mining operation on the beautiful... read more