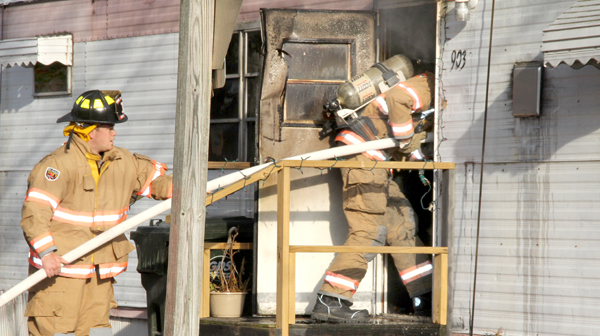 AHOSKIE – What caused a fire here Monday morning is under investigation.

Ahoskie firefighters rushed to the scene of a blaze at903 Everett Street, located across from the playground ofAhoskieChristianSchool, at approximately 8:25 a.m.

Upon arrival they encountered heavy smoke coming from a singlewide mobile home located within a mobile home park. The firemen were able to quickly extinguish the blaze.

Ahoskie Police Chief Troy Fitzhugh, who was on the scene, said he believed the home was occupied by an adult male. It is not known if the resident was at home at the time of the fire.

The Roanoke-Chowan News-Herald will have more information as it becomes available.

MURFREESBORO–  A lockdown was not needed here atChowanUniversityfollowing the Sunday night assault of a student at one of the male... read more