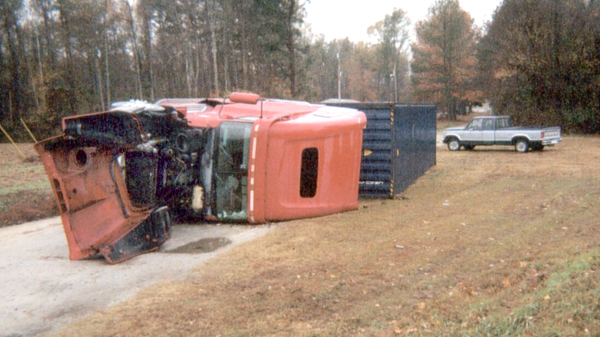 While downed trees were numerous along Boone’s Bridge Road and Statesville Road, there were no reports of major structural damage or personal injuries.

“We dispatched deputies to that area of the county upon receiving reports of wind damage,” Hertford County Sheriff Juan Vaughan said. “Right now we don’t know if the damage was caused by a tornado or high winds from a passing thunderstorm.”

The National Weather Service Office in Wakefield,Va.did issue a tornado warning for northern portions ofNorthampton, Hertford and Gates counties at around 11 p.m. Wednesday. A spokesperson at NWS/Wakefield said that office had not received any reports of damage as of 12 noon on Thursday.

The R-C News-Herald did receive a phone call Thursday morning concerning the rough weather. Teresa Evans said there were “twisted trees” as well as downed trees and limbs in the Como area. She added that one neighbor called her to report her “mobile home was shaking” and the wind had blown out a window of the home.

Evans supplied two photographs to the News-Herald showing two parked tractor-trailers – one on Boone’s Bridge Road and the other on Statesville Road– that were blown over on their sides.

Another caller reported minor damage to their home and a fence that was damaged as well as a power outage.

Sheriff Vaughan said he was not aware of any significant structural damage to homes.

Northampton County Emergency Management officials told the R-C News-Herald there were no reports of damage there.

The storm cell apparently spawned east of Roanoke Rapids and hugged the state line as it traveled east-northeast.