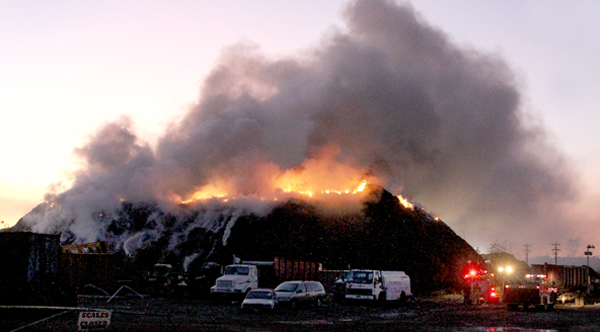 According to one Aulander firefighter, the blaze was contained to a “trash pile” – a towering mountain of what was said to be automotive by-products (seat cushions, plastic) of the metal recycling process.

Fire trucks were refilling their tanks at a nearby hydrant on Harrell’s Siding Road and shuttling that water to the scene.

Firemen and Bertie County Sheriff’s deputies were controlling traffic along NC 11, keeping the road open for the fire trucks entering and exiting the property.

No other details were provided and the Roanoke-Chowan News-Herald will have more on this story as information is made available.

Gates rolls in round one

GATESVILLE – Gates County High School scored 33 points in the first half Friday night and rolled to a 35-10... read more