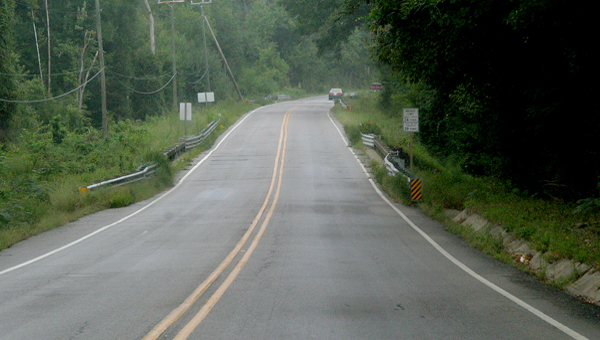 On June 27, NC DOT will close a short section of US 13/NC42 just south of Ahoskie to replace two bridges. The construction is scheduled to take nearly four months. File Photo by Cal Bryant

AHOSKIE – Motorists using one of the area’s busiest roads will find their travel time increased in and out of Ahoskie over the next four months.

The North Carolina Department of Transportation plans to close a section of US 13/NC 42 just south of Ahoskie on June 27 at which time work will begin to construct two new bridges spanning the Ahoskie Creek.

DOT officials said the anticipated date of re-opening is Oct. 18.

Sanford Contractors will perform the work, a project that comes with a $2.46 million price tag.

“These bridges were on our TIP (Transportation Improvement Plan) to be replaced,” said NCDOT Division I Maintenance Engineer Sterling Baker. “However, those plans were about seven years out. We were able to move this to a design-build project and because of that it qualified and received federal stimulus funding.”

Both bridges were constructed in 1934 and are reaching the end of their service life. They carry an estimated 7,000 vehicles per day.

Bridge No. 12, currently a 120-foot span that crosses the main body of the Ahoskie Creek, is deemed structurally deficient and functionally obsolete.

Bridge No. 25, a 70-foot span that carries traffic over the Ahoskie Creek overflow area, is also functionally obsolete.

DOT officials noted that a bridge is structurally deficient when it has elements that need to be monitored and/or repaired. It does not mean that the bridge is unsafe, but the bridge must be monitored, inspected and either repaired or replaced at an appropriate time to maintain its structural integrity. A bridge is functionally obsolete when its layout no longer meets current design standards for width, shoulders and rails.

Both bridges are in a FEMA regulated flood hazard zone. As such, the two new structures will be designed to meet all applicable FEMA requirements.

NCDOT will be using a design-build process that allows it to contract a team to design and construct the project at the same time. The use of this design-build team approach means that projects can begin sooner and be completed faster as compared to current practices.

Scott Emory, Resident Engineer at the DOT office in Ahoskie, said the work will include closing in two, concrete lined ditches (one on each side of the road) currently in place from Highland Memorial Gardens north to the first bridge.

“Those open ditches present a safety issue; they will be replaced with a pipe and covered…basically a curb-and-gutter project,” Emory said.

During construction, traffic will be rerouted onto Center Grove Road (SR 1235), Jernigan Swamp Road (SR 1238) and Lee Jernigan Road (SR 1101). This detour is about seven miles in length.

Heavy truck traffic can use NC 305 (north of Windsor to Aulander) and NC 11 as a detour route.

Emory said electronic message boards will soon be in place to remind motorists of the closure. Detour signs on the roads previously mentioned will assist motorists as they maneuver around the work site.

Officials in both Hertford and Bertie counties, along with local emergency response agencies, have been notified by DOT in regards to this project and the expected construction time.

AHOSKIE – Edenton took a 16-6 win over Ahoskie here Tuesday. Post 40 pulled away to down Ahoskie in the... read more