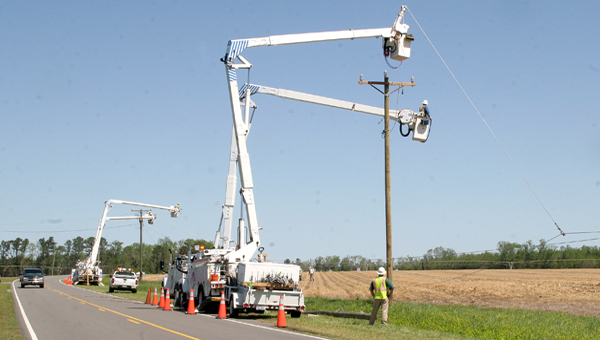 AHOSKIE – Nearly 800 people are without electricity in the Bertie and Hertford County areas, according to Dominion North Carolina Power.

A spokesman for Dominion said as of Sunday afternoon, just shy of 800 people within the company’s Ahoskie service district were without electricity due to tornado damage in the region.

Originally more than 1,200 customers were without electricity because of the storms.

“The area was extremely hard hit and we currently have more than 60 broken poles in that area,” the spokesman said.

He also said the company intended to have power restored to the homes by Monday evening. Unfortunately, he said, there were some homes that were so badly damaged that power cannot be safely restored.

Those homes will have electricity restored upon them being repaired to the point it is safe.

The death toll has risen to 11 from Saturday’s evening’s weather event. The body of a missing person was discovered... read more