Ridgecroft School won its final three matches of the season to finish 13-3 overall.

The Lady Rams’ tennis team defeated Northeast Academy twice and then downed Lawrence Academy to score the trio of victories. 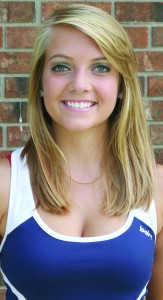 In the two matches against Northeast, Ridgecroft won 5-4 and 6-3.

Lady Rams’ number one seed Caroline Bowman won both matches against her equal from Northeast, Kaylen Rose. Bowman won 6-0, 6-0 in the first outing and 8-1 in the second.

Alex Riddick won the battle of number two seeds over Ashlyn Bridgers both times. She defeated Bridgers 6-0, 6-2 and 8-1.

Ridgecroft number three seed Katie Futrell also won both outings. In the first matchup, she defeated Northeast’s Ivey Little 6-3 and 6-1 while she stopped Hayley Jones 8-4 in the second outing.

Miller Bryant, the number four seed for Ridgecroft, won both of her matchups. She defeated Haley Jones 6-3, 6-2 in the first meeting and then topped Mollie Cocke 8-0 in the second.

Northeast Academy’s Taylor Cocke won both matches at the number five position. She downed Ridgecroft’s Roxie Daniels by dual counts of 6-1 in the first match and by an 8-0 count in the second outing.

Allyson Leggett won the battle of number six seeds in both outings. The Northeast Academy Lady Eagle topped McKenzie Quattlebaum 6-0 and 6-0 in the first meeting and won 8-1 in the second.

Bowman and Riddick combined to win number one doubles in both matches. They defeated Rose and Jones 8-6 in the first contest and Rose and T. Cocke 8-5 in the second.

Northeast won the number three matchup in both contests. In the first outing, Bridgers and Leggett defeated Daniels and Quattlebaum 8-5 while the same team won 8-6 in the second meeting.

After downing Northeast, the Lady Rams defeated Lawrence Academy 6-2. Ridgecroft swept the doubles portion of the event and won three of the five matches played in singles.

Bowman again started the winning ways at the top with an 8-4 victory over Hallie Corbett.

Lawrence’s Bailey Nelson won the battle of the number two seeds as darkness began to fall. She defeated Riddick 8-6.

Ridgecroft bounced back to win in the battles of seeds three and four. Futrell defeated McCaul Nelson 8-0 and Bryant topped Sarah Cowand 8-1.

The battle of fifth seeds between Daniels and Brittany Lancaster had to be called due to darkness. Lancaster led 7-5 at the time.

Ridgecroft, however, swept the doubles action with Bowman and Riddick topping Corbett and B. Nelson 8-4.

Futrell and Bryant then defeated M. Nelson and Cowan by an 8-2 count before Daniels and Quattlebaum topped Lancaster and Byrum 8-6.

The three wins left Ridgecroft 13-3 for the season as they headed into the North Carolina Independent School Athletic Association 1-A playoffs.

AHOSKIE – Youth Karate of America will hold a tournament at 9 a.m. Saturday, November 6 at the National Guard... read more