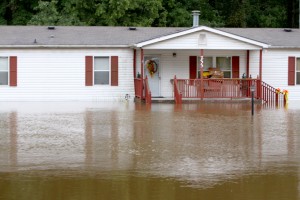 FEMA officials will set-up offices in Windsor and Winton to assist owners and renters of residential property as well as businesses flooded just over two weeks ago. Photo by Bruce Ramsey of Tar Heel Studio

FEMA is on their way.

Late Thursday afternoon, North Carolina Governor Bev Perdue officially received word that a federal disaster declaration had been signed for areas of the state affected by flooding in the aftermath of Tropical Storm Nicole.

Bertie and Hertford County officials had been waiting for several days for the approval of that declaration, thus freeing up the Federal Emergency Management Agency (FEMA) to provide assistance for those homeowners devastated by the storm.

In addition to Bertie and Hertford, four other counties in eastern North Carolina received damage, either from flooding or straight-line winds associated with Nicole’s remnants. They included Beaufort, Craven, Onslow and Tyrrell.

“These floods impacted hundreds of families across eastern North Carolina,” said Governor Perdue, who pushed for FEMA assistance. “In a time when the economy is down and our people are struggling, it’s hard to see the light at the end of the tunnel after losses like these. Now families can take some hope from the fact that they will have help replacing some of those losses, and soon the rebuilding can begin in earnest.”

The office of Governor Perdue indicated more than 420 homes in the six counties were badly damaged, including nearly 60 that were completely destroyed. Some 80 businesses were damaged by the flooding as well.

“We saw homes standing in water for days,” Governor Perdue said. “We have to help these communities get back on their feet.”

As of last count, 54 homes or structures in Bertie County had received major damage, 25 suffered minor damage and six were totally destroyed, according to Rickey Freeman, the county’s Emergency Management Director.

Freeman said while the bulk of the damage was in Windsor, there was also structural damage in Colerain, Aulander, Lewiston Woodville and outlying areas in the county. He said water stood in buildings from six inches to five feet.

Bertie’s preliminary damage estimates have yet to be determined.

An estimated quarter-million dollars-plus worth of property damage was reported in Hertford County, where upwards to 24 inches of rain fell a little over two weeks ago.

On Tuesday of this week, Hertford County Emergency Management Director Chris Smith said 26 residences were affected by the flooding, causing an estimated $149,778 worth of damage. In addition, Smith stated that seven businesses suffered damages projected at $52,825.

The federal declaration is for Individual Assistance and Hazard Mitigation for those affected counties. Meanwhile, North Carolina is still seeking a declaration for Public Assistance that has not met the state threshold as of yet.

FEMA officials will set-up offices in both Bertie and Hertford counties to assist individuals whose property suffered damage. Disaster Recovery Centers will be at the following locations:

The Hertford County Center will open Monday, Oct. 18. Daily operating hours are 8:30 a.m. until 6:30 p.m., seven days a week until further notice. The office will be staffed by two Community Relations Specialists with a Manager to assist affected individuals. The manager, Ernie Stalworth, will be shared between Hertford and Bertie counties.

The Community Relations Team will schedule a citizen group meeting upon their arrival to field questions.

Residents in the six counties will be able to apply for low-interest federal loans from the U.S. Small Business Administration in the following amounts:

Those who don’t qualify for loans may be eligible for an individual assistance grant from FEMA to repair or replace personal property.

CONWAY — The Northampton County Sheriff’s Office is asking citizens to be vigilant after a peanut trailer was allegedly stolen... read more